Kohli @34: All about the Chase Master’s stunning comeback knocks

Though Kohli had hinted about his comeback in the RCB outfit during the 2022 Indian Premier League (IPL), his performance has found significant acceleration at the international stage since the Asia Cup this year. 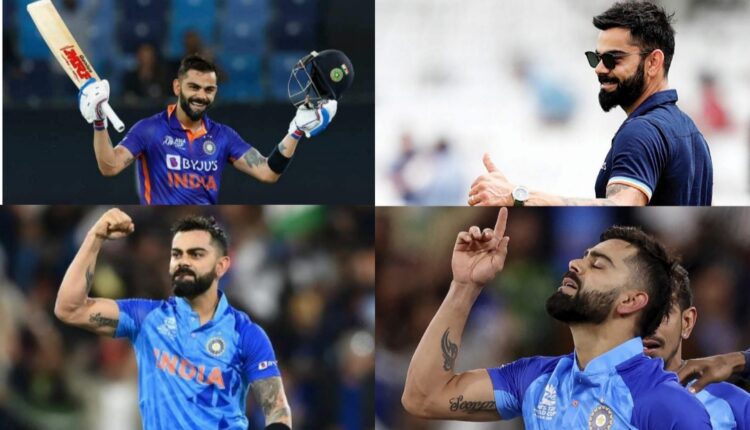 TNI Bureau: When the century drought that lasted nearly a thousand days made the world think of the end of Kohli’s era, the star Indian batter proved why he is often regarded as one of the greatest cricketers of all time.

Though Kohli had hinted about his comeback in the RCB outfit during the 2022 Indian Premier League (IPL), his performance has found significant acceleration at the international stage since the Asia Cup this year. Recently, Kohli has added another feather to his crown by becoming the leading run-scorer in the T20 World Cup history. Notably, he has also been ruling the ongoing World Cup as the highest individual scorer (220 runs in 4 innings) so far.

On Kohli’s 34th birthday, let’s take a look at the recent knocks that have announced his roaring comeback in the cricketing world:

Kohli found his iconic rhythm back in Asia Cup’s Group-league match against Hong Kong. Pairing with India’s new sensation Suryakumar Yadav, Kohli went on to smash a comfortable half-century and remained unbeaten at 59 runs off 44 deliveries. His devastating innings was laced with three huge sixes and a single boundary. Riding on the knock, India posted a mammoth 192 runs on the board and would defeat Hong Kong by 40 runs.

When India faced their arch-rivals Pakistan in the Super 4 battle of the Asia Cup, Kohli lit up the Dubai International Stadium with a crucial 60-run innings. As the other batters failed miserably, Kohli shone with the bat and helped his side reach a fighting total of 181 runs. During his 44-ball knock, the right-handed batter hit four boundaries and a six. However, the gripping contest ended with the Men in Blue enduring a close 5-wicket defeat.

This innings undoubtedly deserves a special place on the list. In his final appearance in the Asia Cup, Kohli went all guns blazing against the Afghan bowlers. Coming in to open the batting with KL Rahul, Kohli put up an amazing show and went on to register the maiden century of his T20I career. He whacked as many as 12 fours and 6 maximums to reach 122 runs at a strike rate of 200. The run-fest helped India post 212 runs on the board and also beat Afghanistan by 101 runs.

Looking at Kohli’s illustrated career so far, this knock against Pakistan in India’s opening T20 World Cup fixture at the MCG occupies the front row. Batting first, Pakistan gave their arch-rivals a target of 160 runs in 20 overs. Though it did not seem a difficult assignment for the side, the Indian batters suffered a massive collapse. Then, Kohli took on the responsibility, joined hands with Hardik Pandya and steered the innings quite composedly. In the final overs, Kohli went hard on the fiery bowling attack of Pakistan. His 53-ball 82 snatched the game away from the opponents as India won the last-ball thriller by 4 wickets.

Kohli’s swashbuckling form continued after having already recorded three half-centuries in the ongoing T20 World Cup. In the crucial fixture against Bangladesh, he made an unbeaten 64 runs off just 44 deliveries. His explosive knock included a total of 8 boundaries and a six. Powered by the destruction, India produced 184 runs in 20 overs. Though Bangladesh tried to put some pressure during the chase, the Indian unit showed tremendous team effort to seal the deal.