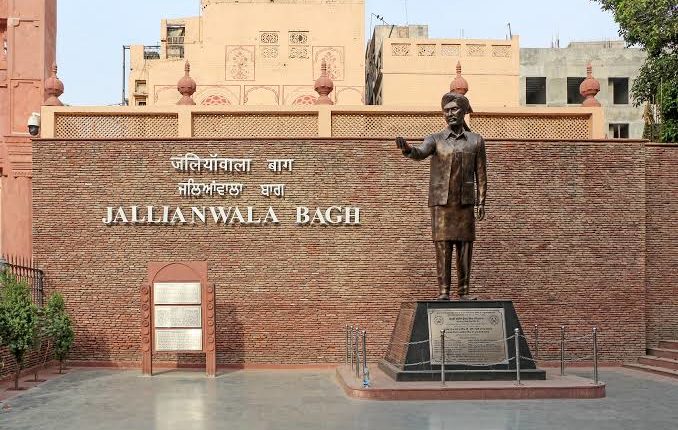 TNI Bureau: One of the most brutal and gruesome massacres in the Indian history, was the Jallianwala Bagh Massacre. It took place many moons ago on the day of Baisakhi festival, April 13, 1919. General Reginald Dyer ordered his British troops to open fire at a large group of unarmed peaceful protesters gathered at the Jallianwala Bagh in Amritsar.

We have extensively heard the massacre stories across ages and read about it in our history books. Here are some of the books which you can read to understand how Punjab & India still suffer from the losses of that event.

1. “Khooni Vaisakhi: A Poem from the Jallianwala Bagh Massacre, 1919” by Nanak Singh

Upon surviving a massacre perpetrated by the British Raj, Nanak Singh went on to write this long poem in Punjabi. It was soon banned due to its scathing critique of the British Raj. However, after 60 long years, it was rediscovered and translated into English by his grandson Navdeep Suri.

2. Amritsar 1919: An Empire of Fear & the Making of the Amritsar Massacre by Kim A. Wagner

Mr Wagner makes an attempt, in this dramatic account, by describing the perspectives of ordinary people and argues that General Dyer’s order was an act of fear.

This ravishing novel takes us back to the events of that day and how it became a turning point in India’s struggle for independence, providing us a sharp analysis of General Dyer’s actions and their fallout.

4. The Patient Assassin by Anita Anand

Anita Anand tells us the remarkable story of one Indian’s twenty-year quest for revenge, taking him around the world in search of those he held responsible for the massacre of 1919.

5. Garden of Bullets by Saurav Dutt

We now have a young voice writing about the horrors of the blood-soaked April in 1919. With a non-fiction narrative, Saurav reveals a new take on the incident that is utterly compelling, but also emotionally devastating.

6. The Butcher of Amritsar by Nigel Collett

This book is set in the context of a biography of Reginald Dyer, and how to some, he was the savior of India but to many more, his actions proved the moral bankruptcy of the British Empire.