From Kolkata to Odisha: They travelled during Lockdown 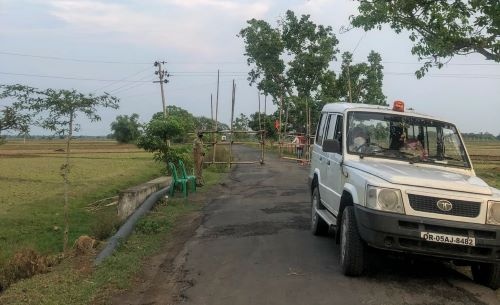 TNI Bureau: The entire nation came to a standstill during the lockdown. Restrictions were imposed on inter-state travel. However, some people found the way to defy the guidelines and travel violating the guidelines.

Of late, Odisha woke up to the West Bengal connection although several warnings were issued earlier only to be ignored.

The latest 5 cases in Bhadrak district hint at a bigger racket that exports the labourers from West Bengal to other States. Odisha having borders with Bengal, is badly affected.

We don’t even know how many more positive cases would be there, but panic button has been pressed. These 5 COVID-19 patients in Bhadrak travelled on different dates and in different vehicles. That proves there is hardly any strict vigil on the border or some Cops collude with the traffickers.

The State Government has already dispatched rapid action teams to Bhadrak, Balasore and Jajpur Districts which reported 17 COVID-19 +BE cases in the last 36 hours.

Government has requested all those with travel history to West Bengal in the last 28 days, to declare their travel history and go into home quarantine.

Over 2,000 people reportedly came from West Bengal to Balasore and Bhadrak in the last one month or so.

More strong measures are needed to enforce the guidelines in these sensitive districts. Local Sarpanchs hold the key here. Sarpanchs in Odisha have been granted Collector powers to deal with the situation.

👉 Case No. 62 came from Kolkata to Basudevpur via a hired vehicle along with 3 others on 28 March.

👉 Case No. 63 came from Kolkata to Basudevpur in a Truck on 9 April.

👉 Case No. 64 came from Kolkata to Basudevpur in a hired vehicle on 29 March.

👉 Case No. 65 came from Kolkata to Bhandaripokhari along with other co-passengers in a hired vehicle on 28 March.

👉 Case No. 66 came from Kolkata to Bhandaripokhari along with 6 co-passengers in a hired vehicle on 29 March. 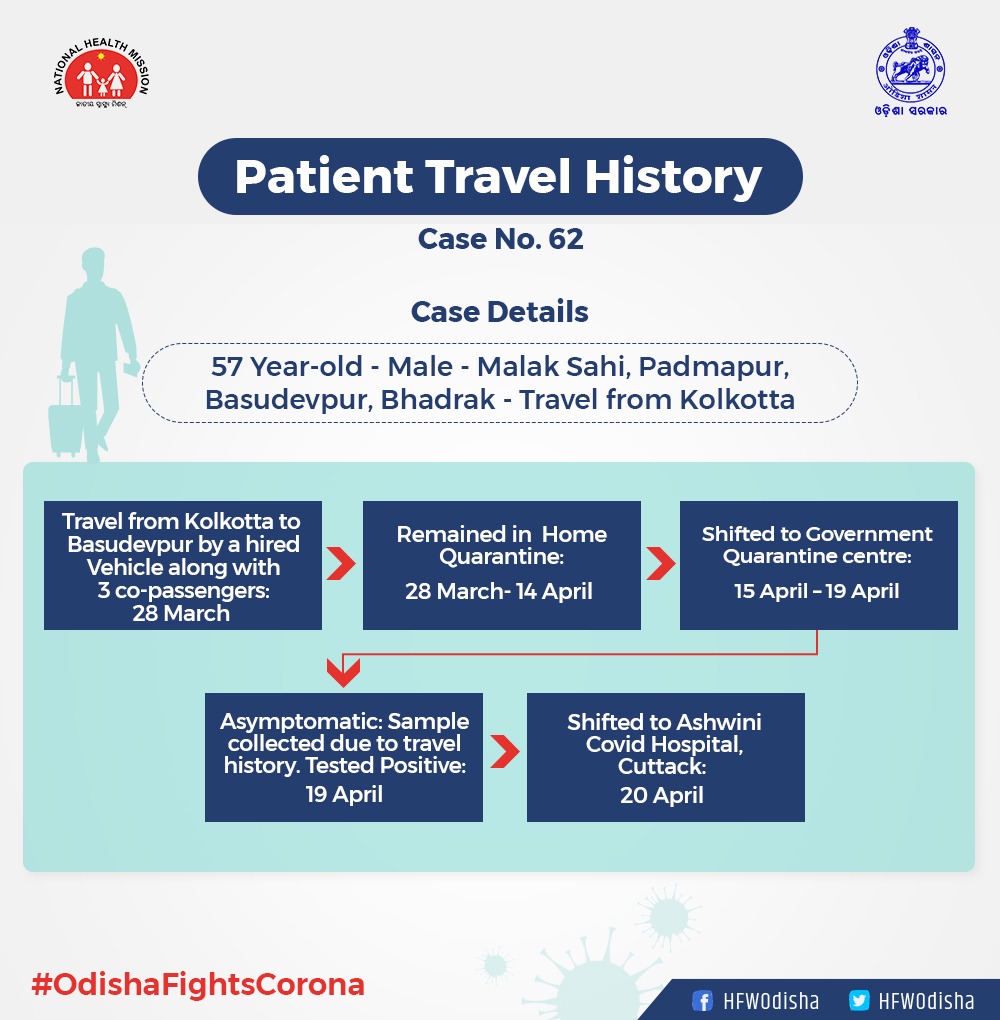 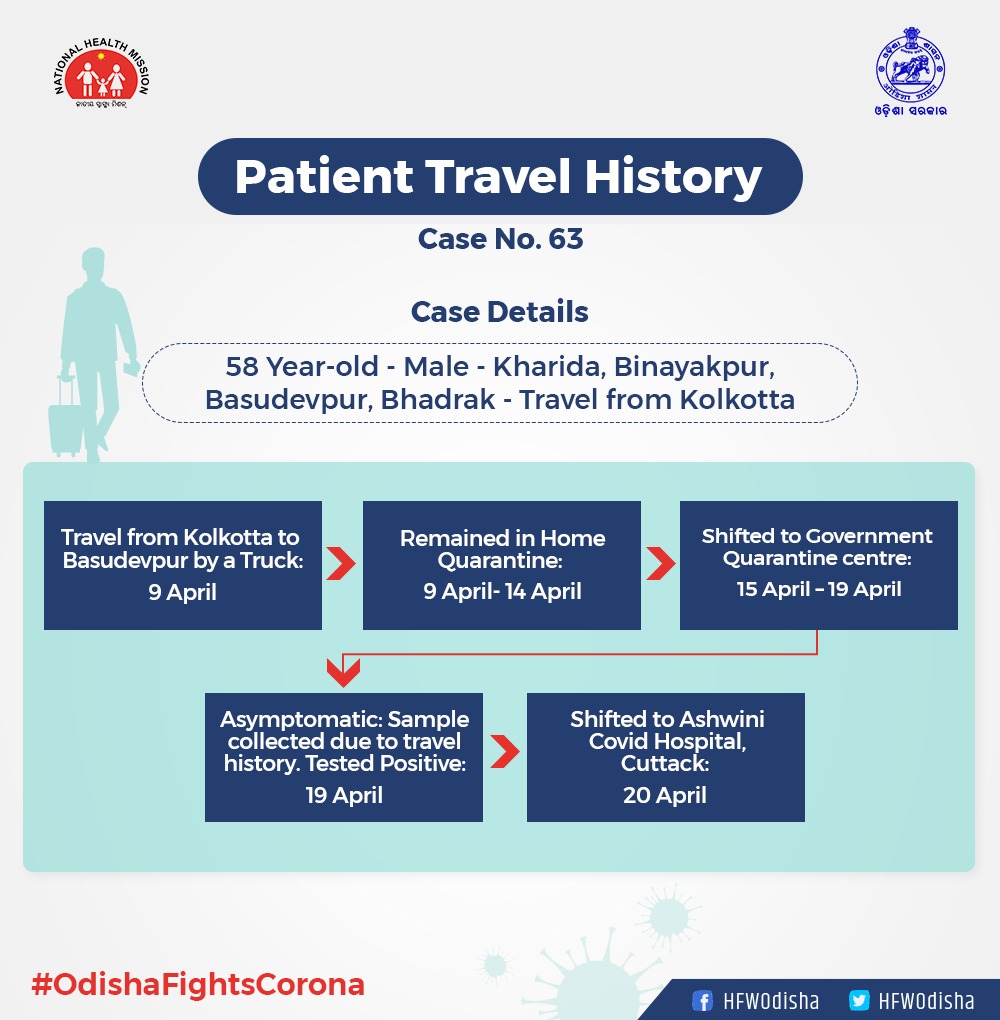 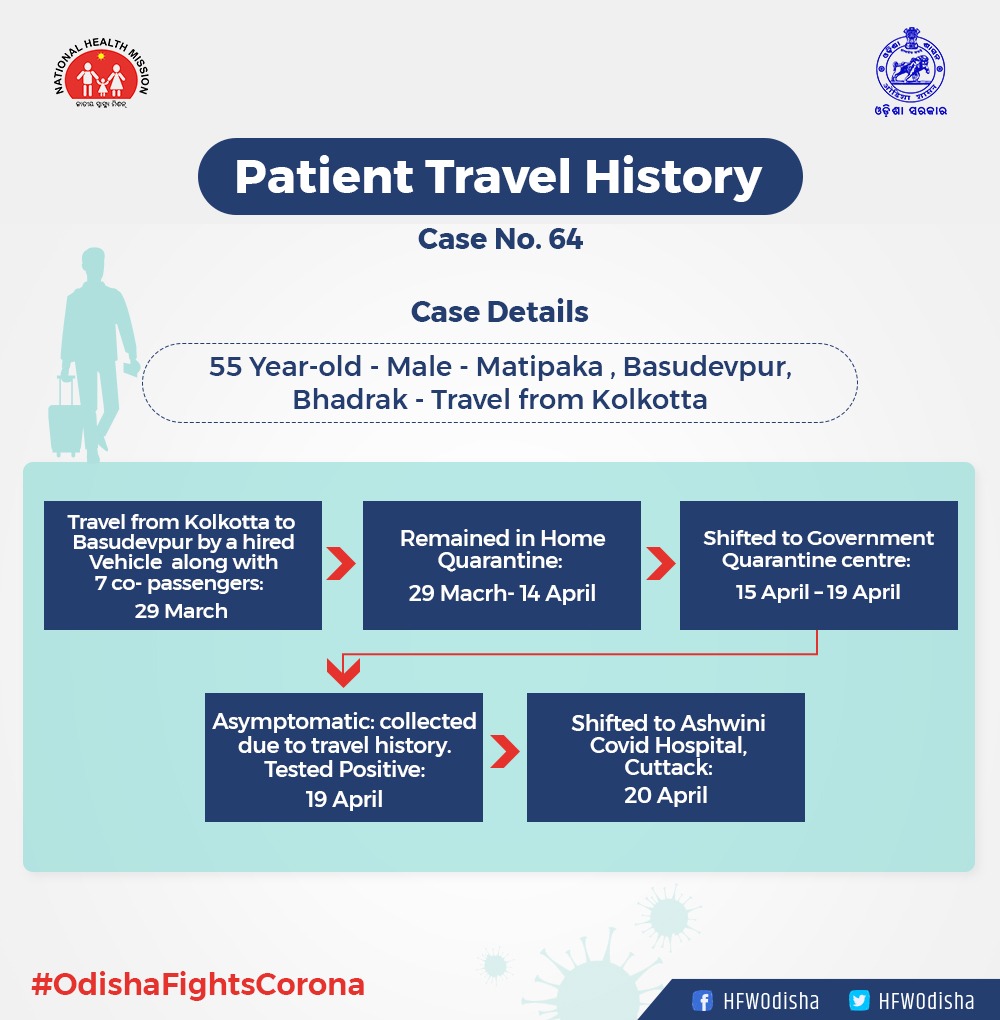 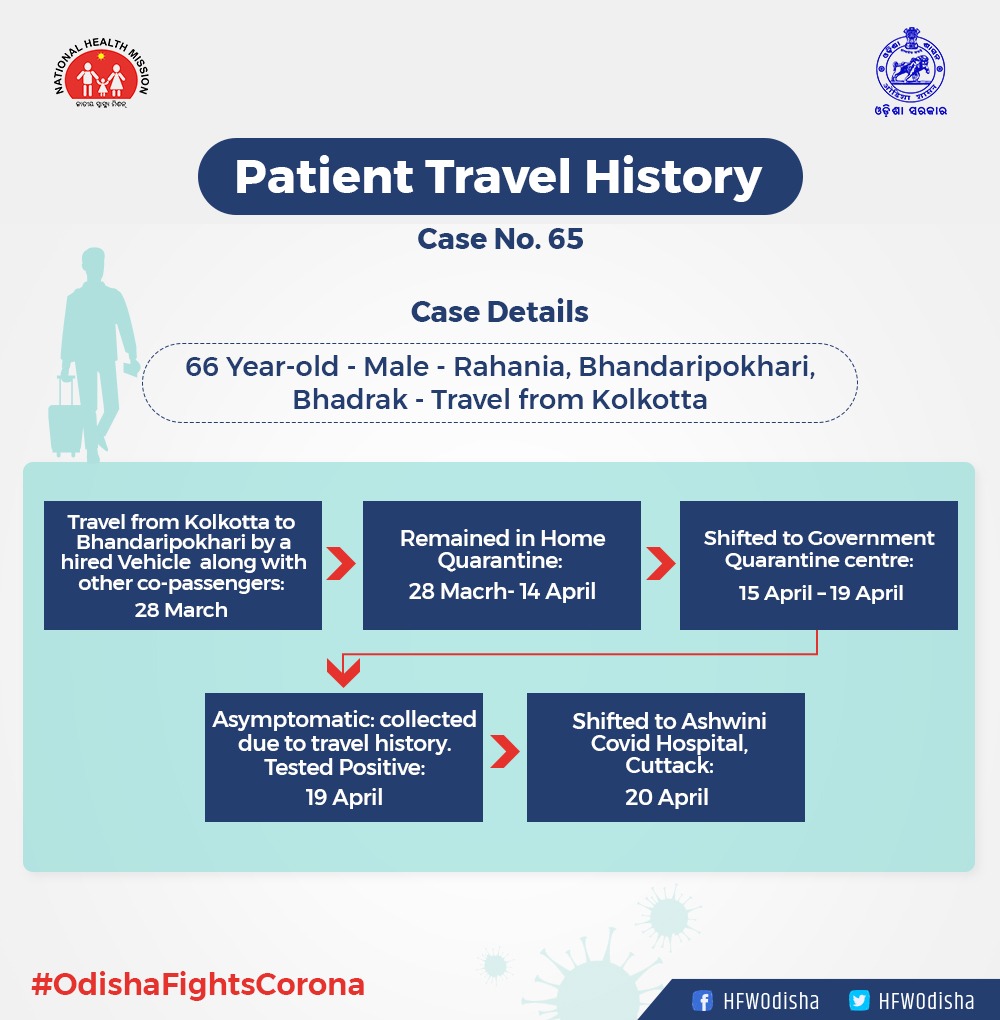 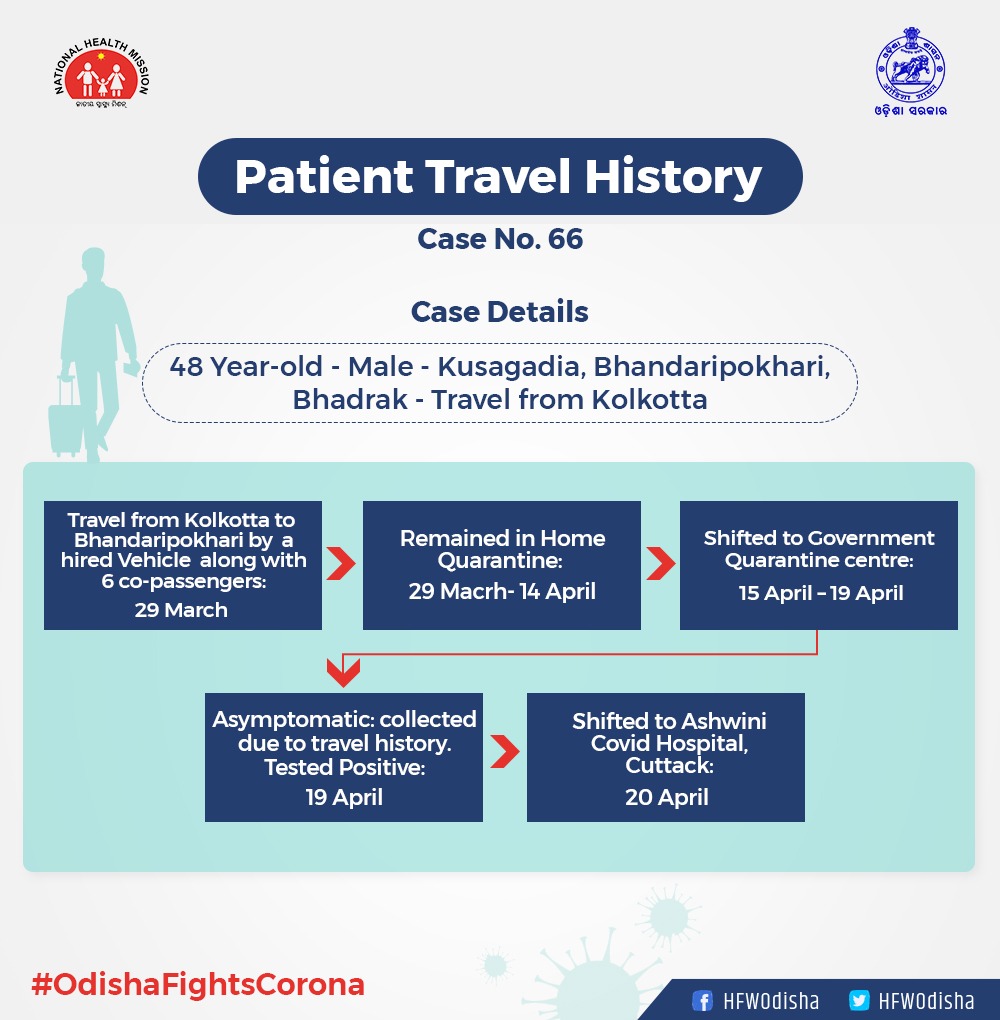