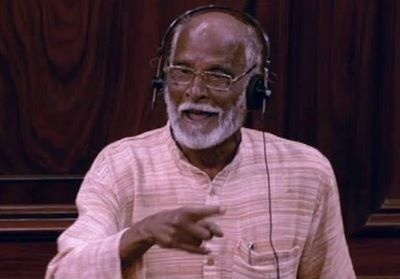 TNI Bureau: An indebted State bid tearful adieu to its Son, AV Swamy, renowned Freedom Fighter and former Rajya Sabha MP, who passed away at his Khariar Road residence this morning at the age of 91.

Swamy, a known Social Worker, was suffering from old-age related ailments. He was born on July 18, 1929 in Nabarangpur district.

AV Swamy was elected to Rajya Sabha as an Independent Candidate in 2012 and completed his full term in 2018.

Here are some condolence messages by some eminent personalities:

Saddened to learn about the demise of Freedom Fighter & former Rajya Sabha MP AV Swamy at the age of 91.

My deepest condolences. May his soul rest in peace. Om Shanti. 🙏 pic.twitter.com/J8qYqrDwhp

He breathed his last at his Khariar Road Residence at the age of 91. It's a big loss for people of #Odisha , especially the undivided #Kalahandi district.

Oh no, very sad to hear. He had enthusiastically participated in a public program when i visited a few weeks ago.
A deeply compassionate, committed social reformist, who often told me about his association with my parents.
He was very fond of & always encouraged me.
Om Shanti🙏🙏 https://t.co/qvmkjizOLk

My deepest condolences on the passing away of freedom fighter & former #RajyaSabha MP from #Odisha, A V Swamy.

May his soul rest in peace.

Heartfelt condolences to the family. May the departed soul rest in peace.