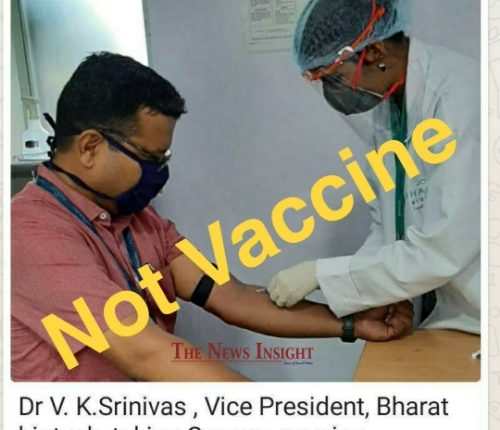 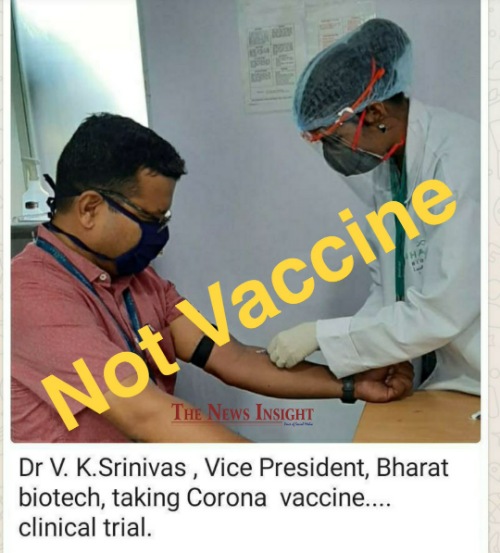 “Dr V. K.Srinivas , Vice President, Bharat biotech, taking Corona vaccine clinical trial. After taking the first dose that he said he is the first person in India to take vaccine developed by his team in Bharat Biotech. Look at the confidence that they have in their product”, the viral message reads.

It’s TRUE that Indian Council of Medical Research (ICMR) has written to Bharat Biotech India Ltd (BBIL) asking it to speed up the clinical trials for COVID-19 vaccine (BBV152 COVID vaccine) or ‘COVAXIN’ so that it gets ready for use by August 15. But, the viral photo and caption on Bharat Biotech VP has turned out to be FAKE.