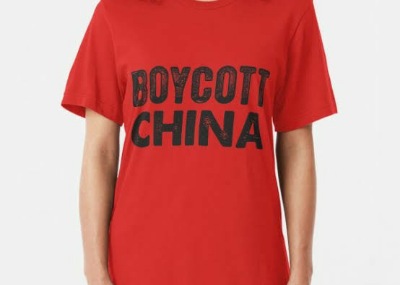 TNI Bureau: In the wake of rising tensions between India and China on the LAC, there have been several viral messages on Social Media that many Chinese companies have started manufacturing T-Shirts and Caps with ‘Boycott China’ message to fool the Indians and make money.

What’s the truth behind such claims?

The news first appeared on a website ‘Fauxy’. On June 1, 2020, ‘Fauxy’ had posted an article titled “China Manufactures #BoycottChina T-shirts and banners anticipating the Boycott China campaign”. That was picked up by many other websites and soon the message went viral.

However, Fauxy is a satiral website and the article was written in lighter vain. So, there is no truth in the news and it’s FAKE.

Disclaimer on Fauxy Website reads as: “The Fauxy is a Satire Web Portal. The content of this website is a work of fiction. Readers are advised not to confuse the articles of The Fauxy as genuine and true.”

While it’s true that ‘Boycott China’s T-Shirts and Caps are being sold on E-Commerce platforms, they are not manufactured by Chinese manufacturing companies.The most important point is that the news was originated from a Satirical Web Portal.