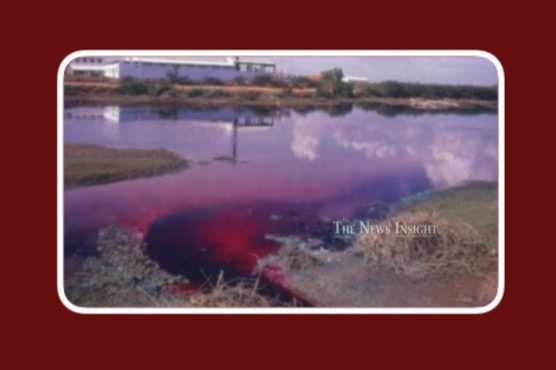 By Ipsita Pradhan: Have you recently purchased fashion apparel from C & A, Nike, Walmart, Primark, Adidas, Switcher, Polo Ralph Lauren, Diesel, Tommy Hilfiger, M&S, FILA, H&M or Reebok with a tag of “made in India” on it? Then most likely it has been manufactured in the 5th largest town of Tamil Nadu, in Tirupur, the ‘knitwear capital’ of India.

Around 90% of India’s cotton knitwear is exported from this town. Cotton knitwear sent from here is in much demand in European countries. There are over 10,000 garment manufacturing industries in Tirupur, employing over 600,000 people with the average salary per worker being around ₹ 9,000 per month. The cluster on an average exports textiles worth ₹ 25 billion a month. Isn’t it exciting to hear that, even European people feel good to wear the clothes which have been manufactured in our country?

Doesn’t it sound promising for our economy and in terms of providing employment to people? Not only in Tirupur or our country but if you will look at the case of Bangladesh, then its textile industry represents over 83% of the country’s total exports and more than 45% of employment. It has been estimated that in the year 2021 the country had produced 2.91 million metric tons of fabrics.

Textile industry is the largest export earning as well as the largest source of employment for Bangladesh. China, Bangladesh, Vietnam and India  are among the top 5 suppliers of textile in the world, with China leading the list (Germany is on the 2nd position of this list), in 2021 it was estimated that China has provided 65% of the world’s total textile needs. But this beautiful, colorful, vibrant textiles industry along with massive employment and economic strength also infuses something else into our South-Asian countries: pollution or more specifically water pollution or pollution of our rivers leading to the death of our rivers!

Our constant desire to be in trend and willingness for newer styles at a very low price are a few of the causes of this fast fashion and increase in the production of clothes as well as waste. And these production or textile industries are responsible for water pollution, carbon emission and a huge burden on landfills. There is hardly any component of this ecosystem which remains untouched by this industry.

Especially the trending textile dyeing industries are responsible for polluting many of the Asian rivers and pushing some to the brink of death. Jamuna, Noyal, Bandi, Ulhas, Uni, Sabarmati rivers of India; Chilai, Buriganga, Turag, Balu, Shitalakkhya, Bangshi of Bangladesh; Qiantang and Yangteze of China; Citarum (most polluted river of the world) of Indonesia; Cau, Nhue-Dong and Dong Nai of Vietnam are the few examples of polluted rivers of Asia from textile industry waste. Textile industries are an important part of our civilization and now they are responsible for about one-fifth of total industrial water pollution.

According to experts and environmentalists, North American and European countries have very strict pollution control rules and regulations. And for all these big brands we see today, it’s more cost effective and easy to establish a manufacturing unit in poor Asian countries like us than to follow the rules of their country. With less money and investment, they can establish a whole new manufacturing unit here in these South Asian lands.

Owing to weak regulation and enforcement in these countries the wastewater is commonly dumped directly into rivers and streams. The discharge is often a mixture of heavy metals, chemicals, dyes, salts and carcinogenic agents which not only harm the environment but also destroy the drinking water resources. According to agencies and experts, annually the fashion industry uses around 93 billion cubic meters of water (an amount that can fill 37 million Olympic swimming pools). For example to produce a single pair of jeans, around 7500 liters of water is needed, from growing cotton, to finished products.

The fabric is repeatedly treated with synthetic indigo dye and after dying the denim is treated and washed with more chemicals to soften and for the smooth texture. But jeans are not the only culprit, other fabrics also go under the process of finishing and dyeing. Finishing is when fabrics are chemically treated to give them desired look, texture, feel and to make them wrinkle-free or water-resistant. Huge amounts of water and chemicals are used during the dyeing process, to make the colors durable, fix them to fabrics, to avoid them from fading or washing out.

Fashion industry needs constant update and upgradation in view of style and color to survive. And according to environmentalists each time a new color arrives in the market that means they are going to use more dyeing agents, pigments, crystals and new kinds of chemicals to create, to fix and to treat. And once the waste get mixed with water, it becomes difficult to remove them from, also as these substances are nondegradable, they remain in the environment. Among all the chemicals most dangerous are the synthetic nitrogen-based dyes. The compounds found in these dyes increase the risk of cancer. For their high toxicity levels the European Union, China, Japan, India and Vietnam have all banned their use and import.

Just like the textile industries are promising in terms of providing employment to people and strengthening the export and economy of countries like us, so also the impact on our rivers are also profound and vivid. In Dhaka, the capital of Bangladesh, few rivers have become heavily polluted for illegal constructions, sttlements and industries built on the river banks and their water being contaminated with industrial waste, the government had declared 3 rivers as “biological dead”, for no dissolved oxygen left in the water.

And if you remember, the frothy image of our very own Yamuna, then you can see the impact of these textile dyeing industries in our country also. It is hard to remember when was the last time it had clean water flowing in it. I’ve seen the facial expression of the environmental activist working on the banks of Noyal river in Tirupur, when she was describing the bad smell of the industrial chemicals coming from the water! The residents and farmers have complained that the dyeing and bleaching units release toxic amounts of dangerous chemicals directly into the river which has not only ruined their farmland but also the groundwater is undrinkable.

Despite tougher regulations, a watchful local press, and the closure of companies in non-compliance, water pollution has escalated. The dyeing industry consumes vast amounts of water and chemicals, and releases numerous volatile agents into the ecosystems that are particularly harmful to the health of every living being. Textile dye has become one of the major contributors to water pollution across the world, especially Asian rivers.

Around 200 tons of water are used per ton of fabric in this industry. Most of this water is returned to nature as toxic waste, you can always see thick, ink-like water flowing through rivers surrounding these factories, a mixture of discarded toxic chemicals. Poisoned rivers and groundwater, crops dying and limited access to clean drinking water  and lives failing to thrive in the toxic water are all direct results of textile dyeing industries.

Along with India, Bangladesh and China are also trying to figure-out the ways to regulate the treatment and dispose of the wastewater from these industries. Environmentalists, activists and local press are also trying to keep an eye on the malpractice of these industries. But at this point of time this is not just the responsibility of any government or organization but also the responsibility of each one of us. This is our planet and we are the ones who enjoy each drop of water to drink, to cook, to bath, to swim, to cultivate and of course to look fashionable.

At least at this point we can opt for natural dyeing agents, like our ancestors have always used indigo, and few fashion designers are also trying to work on the idea of using such natural dyes directly from plants on the garments. If you ever find time then just search for the images and details of all the rivers I’ve enlisted above. Surely the level of pollution and toxicity of those rivers will make you think, how toxic our human behavior is! It’s time for each one of us to take a step back from the fast colorful fashion industry and stick to natural things. I don’t think we can really hold our lives on this planet only with colorful fashionable garments, without any drinkable water left on it!