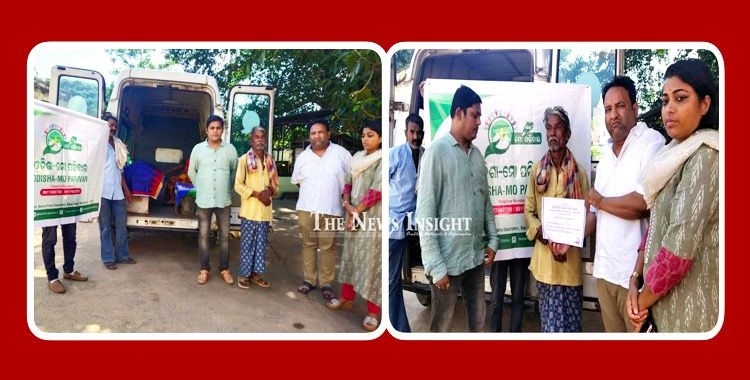 TNI Bureau: A daily wage labourer Kumari Jena (52) became an example for others when her grieving family members donated her eyes after death so that others can see the world.

Kumari Jena (52), a resident of Sanakhemumdi, Ganjam who had been living in Bhubaneswar for last 20 years, breathed her last recently while fighting for life.

Her family who was having a tough time to deal with the crisis, informed about the logistic issues to BJD General secretary Shri Jogendra Swain and former MLA Smt Nandini Devi.

After the news reached Odisha-Mo Parivar, the team swung into action, reached the hospital and made logistical arrangements to transfer the mortal remains to her native place Sanakhemumdi in Ganjam.

In a rare gesture, the family gave their consent to donate Kumari’s eyes so that others can get vision and see the world through her eyes.

Odisha-Mo Parivar appreciated this noble act and thanked the bereaved family for this humanitarian gesture.