Bulli Bai Case: All You need to Know 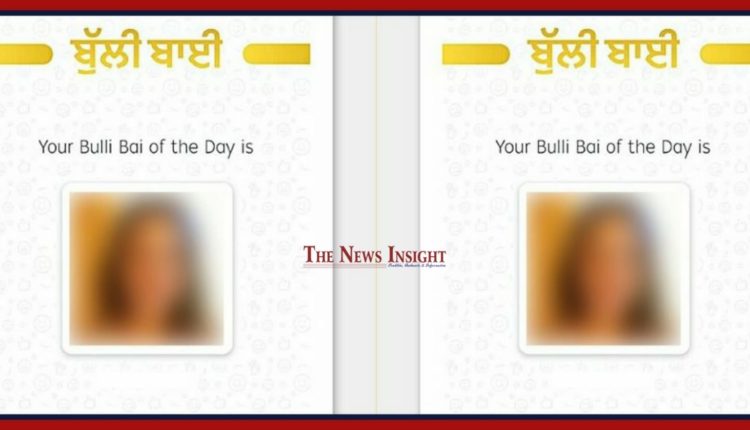 Insight Bureau: Months after the controversial ‘Sulli Deals’ app, which had offered pics of Muslim women as ‘deals’, another such app has appeared on the open-source code repository Github. In the recent incident, photos of several Muslim women were misused and uploaded by an unidentified group on an app using GitHub by the name of ‘Bulli Bai’.

The matter came to light after Ismat Ara, one of the female journalists of a famous media house became a ‘Bulli Bai’ target. She had shared on Twitter that her image is being ‘offered’ in the derogatory app.

Following the complaint, the Mumbai police on Monday arrested first accused Vishal Kumar (21) from Bangalore. Kumar was detained and brought to Mumbai on Monday (January 3) by the Mumbai police. He was one of the 5 people, who followed the Twitter handle of ‘Bulli Bai’. A First Information Report (FIR) was earlier lodged against the Twitter handles that promoted the app and those who developed it.

While speaking about the matter, a senior IPS officer had stated, “21-year-old Vishal is a second-year civil engineering student. He used his Twitter handle to share derogatory content from the app. We have detained him.” He informed that the accused was traced using the IP address of his Twitter accounts, which was used to upload pictures.

The Mumbai Police on Tuesday arrested 18-year-old Shweta Singh in the ‘Bulli Bai’ Deal case from Uttarakhand. She is termed as the prime accused in the case, who was in constant touch with Vishal.

Shweta belongs to a poor family and her father is not alive. She got involved in such activities for money, as informed by Uttarakhand DGP Ashok Kumar.

Bulli Bai’ Twitter account had a hashtag that read #FreeJaggiNow in its Twitter name, and its banner image also had the same hashtag. Its an apparent reference to Jagtar Singh Johal, a British national arrested from Punjab in 2017 for suspected of involvement in numerous political killings in Punjab.

The Minister for Electronics and Information Technology Ashwini Vaishnaw confirmed that the user behind its creation was blocked by the coding platform of GitHub.

The cases is clearly showing the fact of today’s generation and youngsters getting webbed and committing various cyber crimes is for sure a matter of concern.