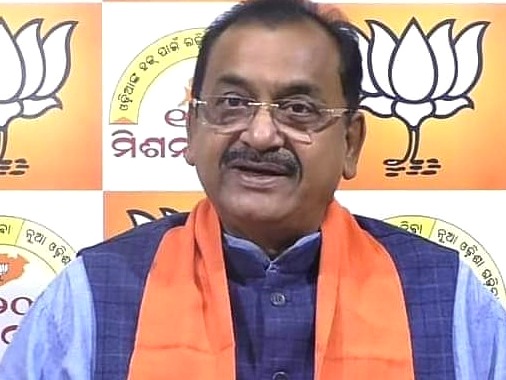 TNI Bureau: The Bharatiya Janata Party (BJP) has announced new office bearers as well as the new State Executive for Odisha. 10 Vice Presidents and 5 General Secretaries have been announced along with 9 Secretaries. BJP’s Odisha Unit President Samir Mohanty made the announcement today. 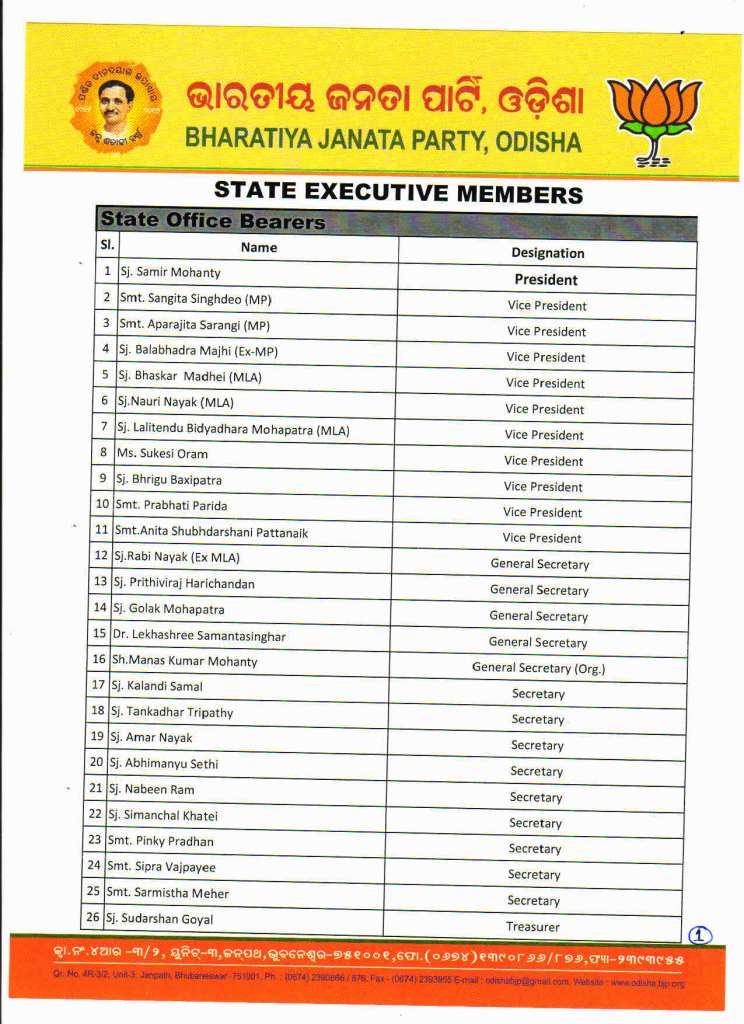 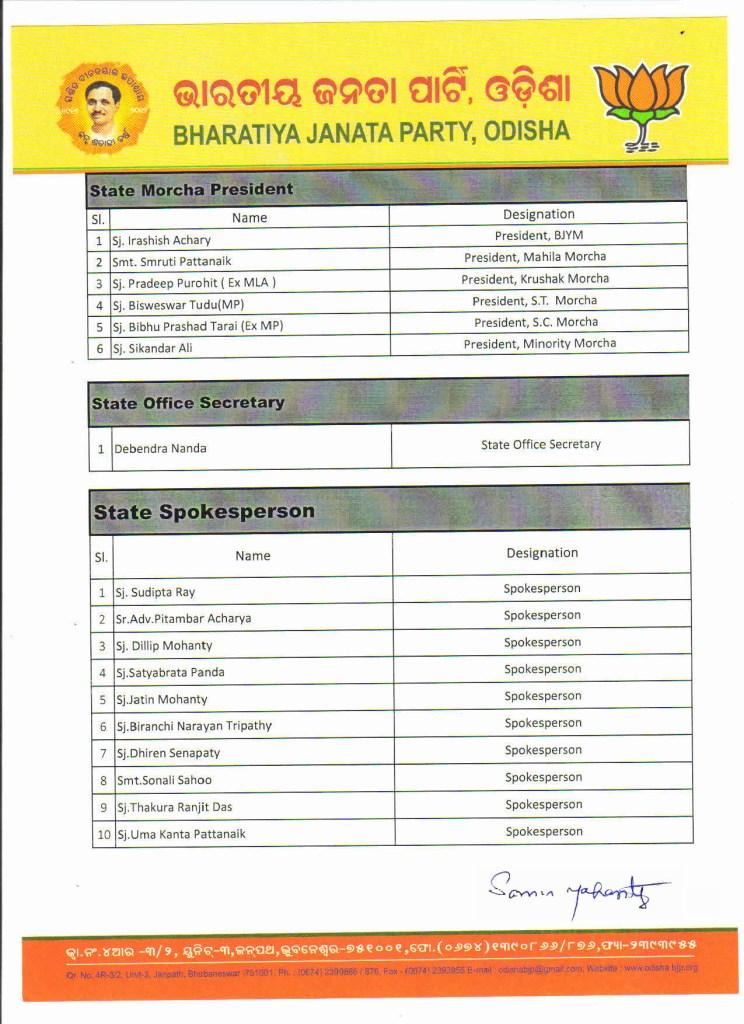 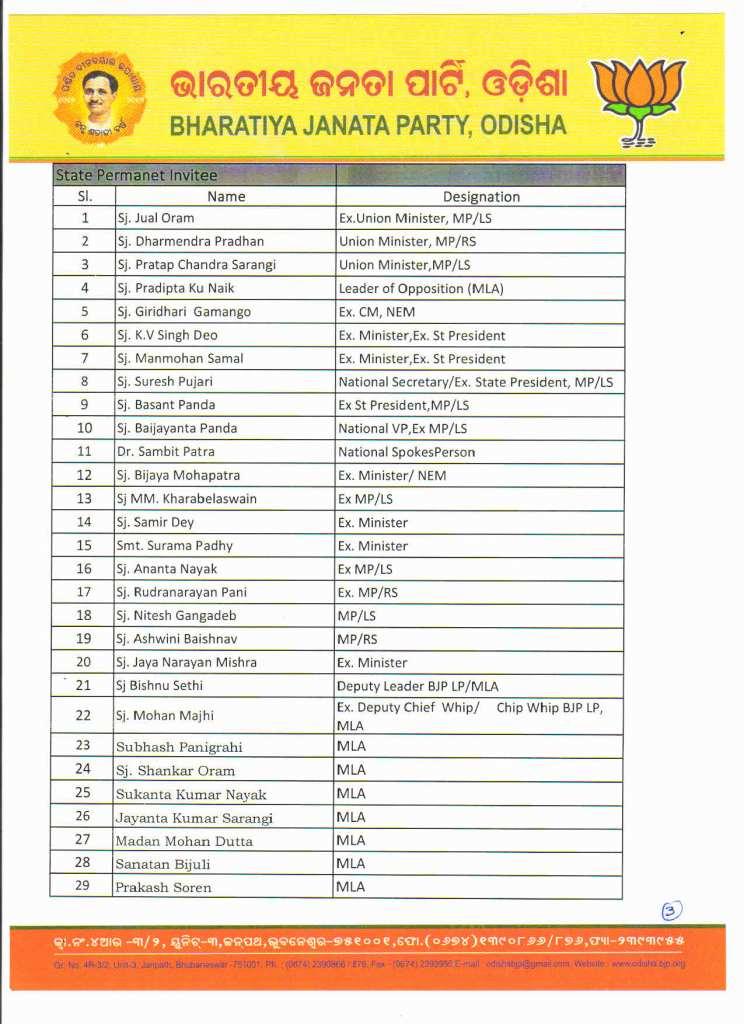 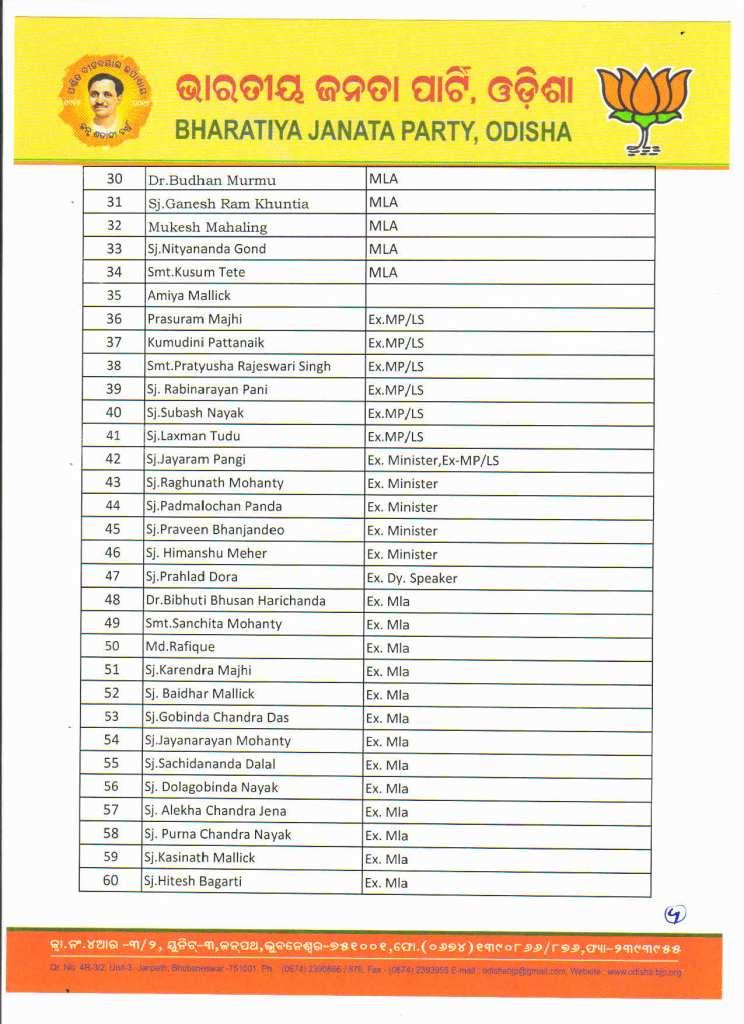 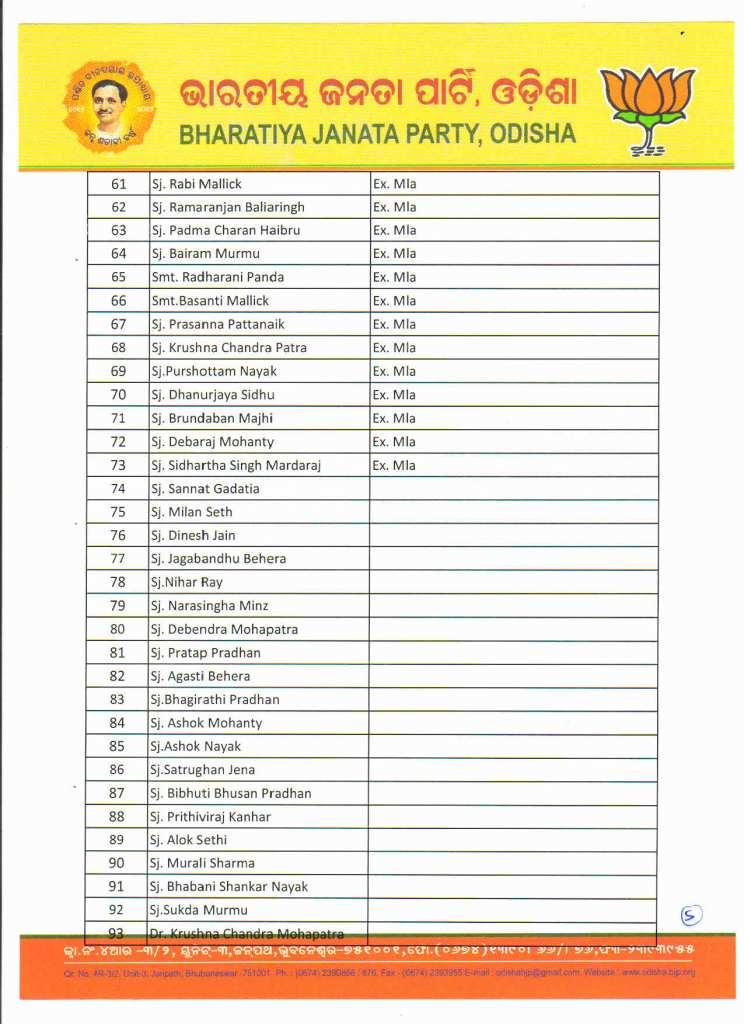 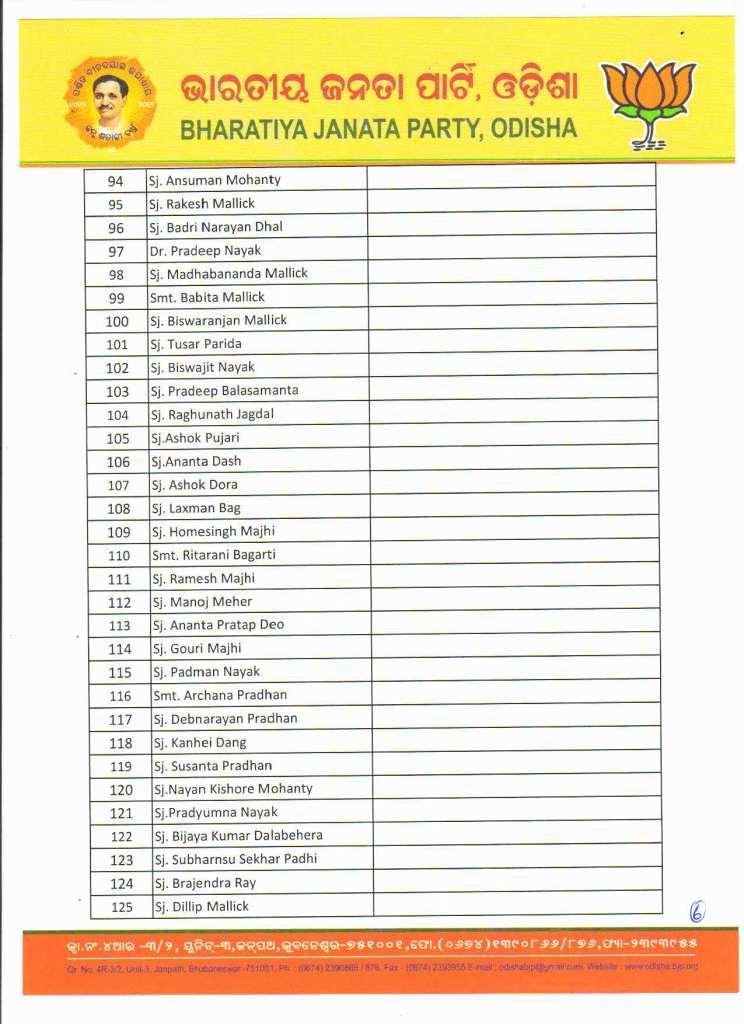 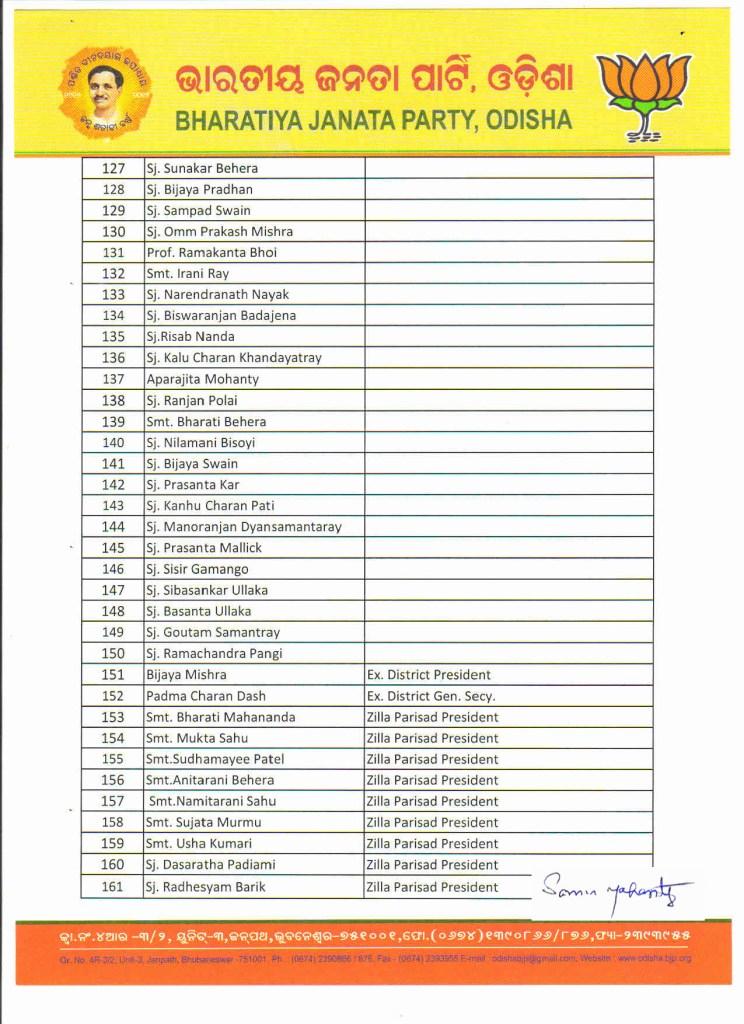 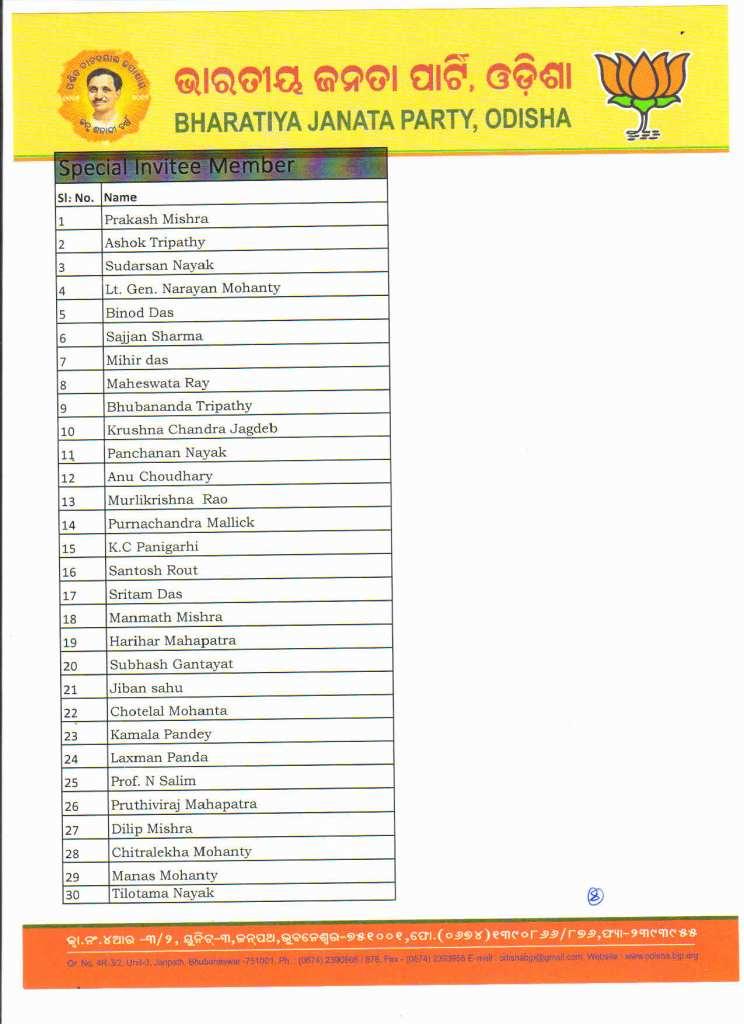 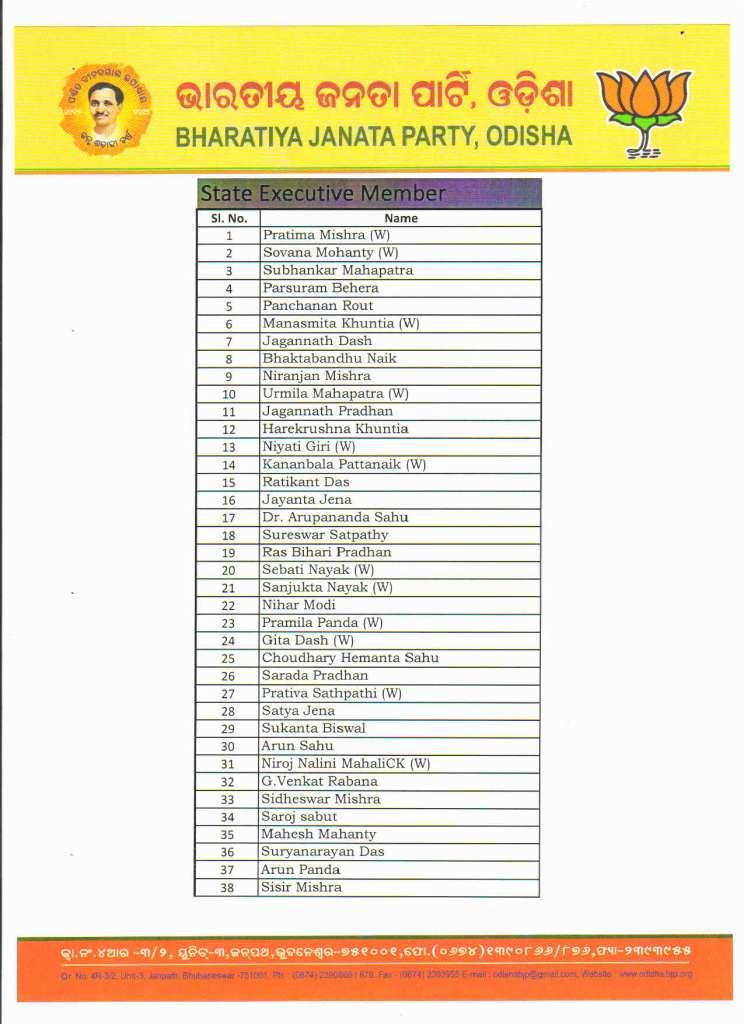 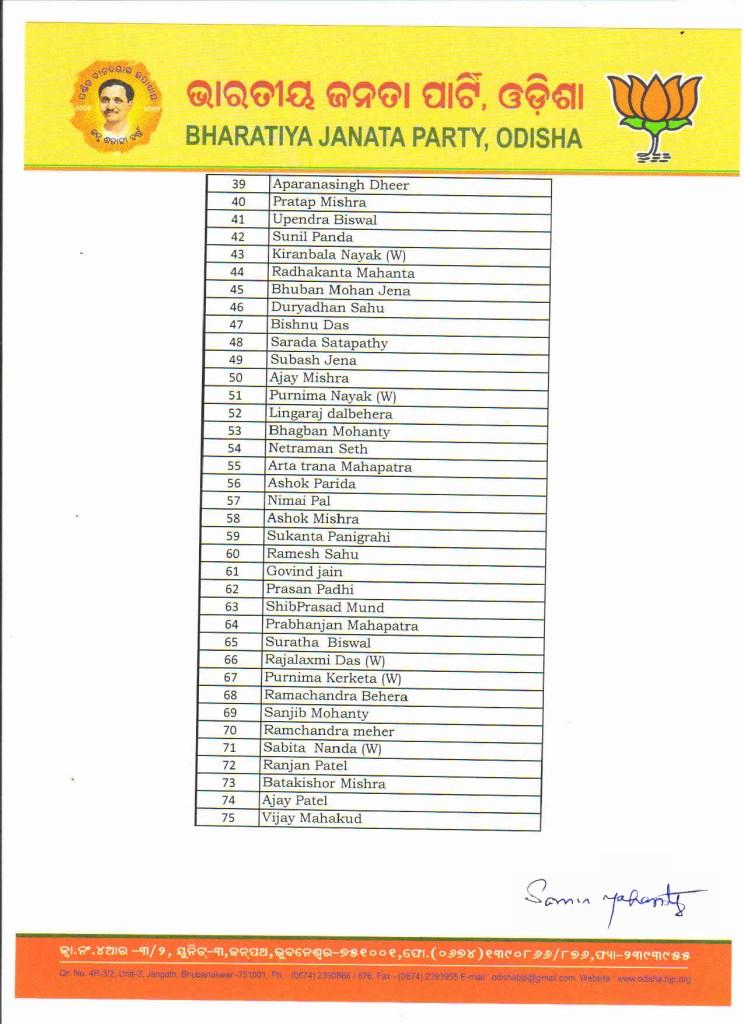