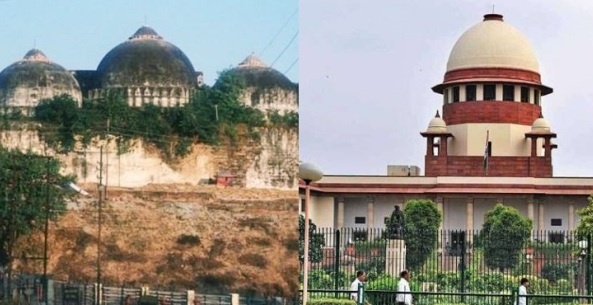 Delivering a historic verdict in the Ram Janmabhoomi–Babri Masjid land dispute in Ayodhya, a five-member bench headed by Chief Justice of India Ranjan Gogoi and Justices S A Bobde, D Y Chandrachud, Ashok Bhushan and S Abdul Nazeer on Saturday decided unanimously that Ram Janmabhoomi Nyas would get the disputed 2.77-acre land in Ayodhya for building a temple, while the Muslim side would be given 5 acres of alternative land elsewhere in Ayodhya to build a mosque.