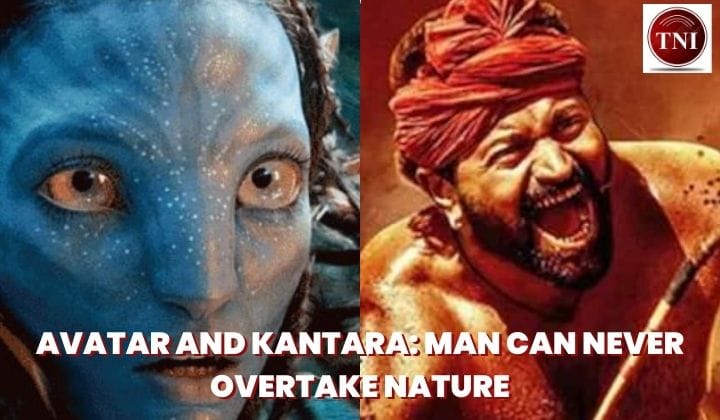 In 1994, when James Cameron first came up with the idea of the film “Avatar”, film technology wasn’t developed enough then. Though CGI had been around since the mid 1970s, filmmakers weren’t able to make images look realistic. But as the technology advanced in the 1990s and 2000s filmmakers started putting computer animation to much greater use.

Every filmmaker uses a slightly different technique to get the CGI to look realistic. In Avatar2, James Cameron used his own unique tech which took the film to a new level. Instead of relying on any past filming system Cameron used a new Fusion Camera System to shoot the film in 3D. This system has 2 high definition cameras working in tandem to create a 3D image. In addition to using his fusion camera system, he utilized a virtual camera system that produced digital images in real-time. In most films that use CGI, actors must pretend to talk and interact with others in front of a green screen and the digital images are added in much later.

However, during the making of Avatar2, the director could see the digital characters and environment as the actors performed, allowing Cameron to give more precise directions. To produce and work on a film like Avatar2, the Weta FX (formerly known as Weta Digital) based on Wellington, New Zealand a visual effects company used a variety of innovative techniques including facial motion capture. With high definition video camera and markers attached to the face of an actor, Weta FX’s own specially developed software was able to map out which muscles in the face were moving. Their software then translated the data and applied it to a animation system.

Weta FX also integrated visual effects footage taken from live-action filming at Stone Street Studio and a location in Parirua, 26 km from Central Wellington, helping to blur the line between imagination and reality. The company created the film’s digital characters and environment, buildings special effects sequences with as many as 800 fully computer generated characters in highly detailed digital setting. To add richness to the film, the Weta firm also created over 1800 stereoscopic, photorealistic visual effects shots, including the Na’vi.

The filming location moved to Wellington, New Zealand on September 2017 and concluded in late September 2020, after 3 years of shooting. After which incorporating in visual effects and CGI integration were officially concluded by November 2022 with a  total expenditure of $350 – 460 millions, when the first screening of the film took place, one month before its theatrical release.

Since 2009, from the release of sci fi film Avatar 1 to Avatar 2, critics and commentators have discussed vividly on its theme. They have identified a large variety of cultural, social, political and religious themes. Many critics saw racist undertones in the film, in which the white (Jack, as human being) saves the helpless primitive Na’vi or non-white.Some also support this concept by citing the example that all the human roles in the film are played by white actors and all the Na’vi characters by African-Americans or native Americans.

Christians worried that Cameron’s film promotes Pantheism (a doctrine which identifies God with the universe or regards the universe as a manifestation of God) over Christian beliefs. Reviewers suggested that they had borrowed concepts from many existing religions and mythological motifs. They have compared the concept of Tree of Soul with the Norse story of the tree Yggdrasil, also called axis mundi Or the center of the world, whose destruction signals collapse of the universe. The Na’vis’ respect for life and belief in reincarnation with the Tibetan religions beliefs and practices. In Hebrew, Na’vi is the singular of Nevi’im which means ‘prophets’. Few defined “avatar” as “something born without human intervention, without intercourse, without sin”, comparing it to the births of Jesus, Krishna, Manco Cápac, and Mama Ocllo And drew parallels between the deity Eywa Of Pandora and the goddess Pachamama (mother earth, worshiped by Inca people). Critics compared the Na’vi with Hindu gods such as Krishan and Rama, traditionally depicted with blue skin and tilak marks on their foreheads. They have also mentioned the great mythical bird Garuda as Avatar prequel, due to its resemblance with the film’s scene in which the blue skinned avatar of the hero flies a gigantic raptor.

Many others found that elements of the film’s plot resembled such teachings and concepts of Hinduism as reincarnation of the soul, ecological consciousness and incarceration of deities on earth. Cameron calls the connection a “subconscious” reference: “I have just loved … the mythology, the entire Hindu pantheon, seems so rich and vivid.” He continued, “I didn’t want to refer the Hindu religion so closely, but the subconscious association was interesting, and I hope I haven’t offended anyone in doing so.” He has stated that he was familiar with a lot of beliefs of the Hindu religion and found it “quite fascinating”.

Discussing explicit or implicit similarities between the film and the philosophy of Hinduism, reviewers suggested that, just as Hindu gods, particularly Vishnu, becomes avatars to save the order of the universe, the film’s avatar must descend to avert impending ultimate doom, effected by a rapacious greed that leads to destroying the world of nature and other civilizations.

Though while watching the film one can really feel the much resemblance with our Hindu Mythology (this recent one more than the prequel), but the theme which fascinated me more is, the filmmakers’ concerns for the environment. Many critics have pointed out that the treatment of the film portrayed environmental protection and the conflict between modern humans and nature like destruction of rainforest, mountaintop removal for mining and eviction from homes for development.

The film and Cameron’s environmental activism caught the attention of the 8,000 Dangaria Kandha tribe from our Odisha. They appealed to him to help them stop a mining company from opening a bauxite open-cast mine, on their sacred Niyamgiri mountain, in an advertisement in Variety that read: “Avatar is fantasy … and real. The Dongria Kondh … are struggling to defend their land against a mining company hell-bent on destroying their sacred mountain. Please help….” Similarly such discussions on Avatar have influenced people from many other parts of the world also.

Where today our developed human society is so proud of its modern machinery and weapons and is getting increasingly greedy, selfish, distrustful, intolerant, violent, disrespectful and destructive, there our ancestors or humans in the primitive era, presented by Na’vi people were more civilized, graceful, kind, grateful and had qualities like respect for elderly, life and nature. In Avatar 2, this aspect of Na’vi was best shown through the character of Kiri, the adopted daughter of Jake and Neytiri (lead characters). Very often Kiri is found lost in nature, be it on a grassland inside deep jungle or be it inside deep sea.

She could connect herself with any element of the nature promptly. She could listen to the heartbeat of every particle of nature. She could talk, could find her way, could take the help with ease from every other substance and creature of the nature. Via the character of Kiri, Cameron had tried to put the message to this human world, “just surrender yourself to nature, allow nature to flow through your cells, connect with the nature, then automatically mother nature will take care of you”. In both the parts humans with most modern technology, weapons and equipment couldn’t withstand the vastness of nature. Just like we see on our earth, in spite of all the development just a single episode of earthquake, storm, flood, tsunami, landslide can devastate an entire human race.

This part of the film instantly reminds me about one of our recent blockbuster Indian film “Kantara”, written and directed by Rishab Shetty. Though the film was shot only within 90 days, with a budget of ₹ 16 crore, but the theme, treatment and influence were still the same. And the message was also clear, when man tries to interfere with nature and tries to destroy harmony, blinded by power and greed, then nature takes the control into her hands. (Deliberately I’m not detailing about the events and sequences from both the films. I don’t want to spoil your mood by telling every detail. Leaving enough space for you to watch and think).

People from few parts of the world criticized that “the Avatar begs, borrows and steals from a variety of longstanding human stories, put them through the grinder and comes up something new”; but for me even if the themes, icons, moments are influenced by some old stories, the result and moto are just amazing. Whether it’s Rishab’s Bhoota Kola and  Panjuril or James Cameron’s Kiri and Eywa, the message is vivid and clear, man can never overtake nature!

Don’t Leave Your Child Unattended: A Doctor’s Request to Parents