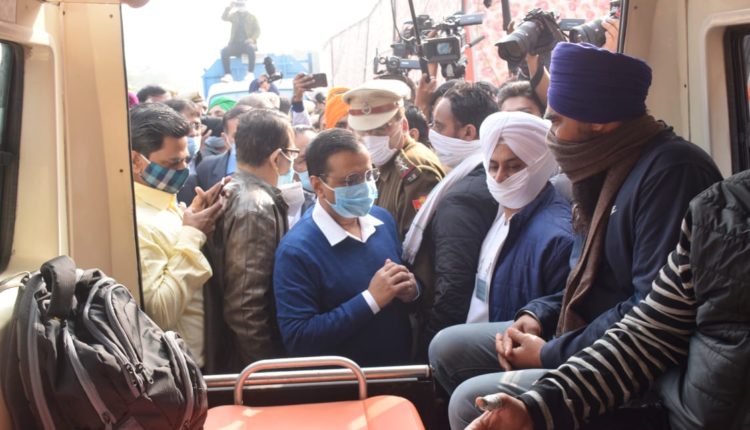 TNI Bureau: BJP seeks to bloom the ‘Lotus’ across India. Nevertheless, the failure of a national Party like Congress opens a way for the rise of the regional parties. The miserable performance of Congress has encouraged the expansion of the Aam Aadmi Party (AAP)  against BJP.

AAP has declared to contest polls in Uttar Pradesh, Assam, Uttarakhand and Gujarat, all four BJP-ruling states. The party has worked hard for several years to win the confidence of people. Though Delhi is recognized pan India, contesting polls in other states will be a game-changer. Despite the new strategies holding promises, the party may or may not win some brownie points in the upcoming election.

Expansion of AAP against BJP

Uttar Pradesh remains high on agenda of the AAP. The assurance of free electricity, public transportation, education and healthcare has helped AAP to win the hearts of Delhi. The majority is ‘rural’ in UP. Political analysts believe that AAP may target the upper caste voters by promoting leaders like Sanjay Singh. To go national, the party needs to win big in UP. The AAP candidate, Sanjay Singh, is spending much of his time in UP to facilitate better interaction meeting the ambition.

Deputy CM, Manish Sisodia, visited Uttarakhand twice challenging the developmental works of the government. However, winning Uttarakhand will establish a small base in north India against BJP.

AAP is not much recognized in Assam, the gateway of eastern India, as compared to the BJP. Being a strong party in metropolitan Delhi, it may target the Urban class, whereas, the ‘rural’ majority prefers voting AJP and the Raijor Dal.

AAP aims to establish an alternative to BJP in Gujarat. The party has announced the first list of 504 candidates and plans to contest local body polls, Vidhan Sabha election and other elections.. The door to door campaigns and registration of complaints may help AAP gain traction in Gujarat.

AAP sets focus on four states with 6 per cent of votes in each state. It also eyes Punjab taking advantage of farmers’ protest. The focus on local polls signals that AAP has started its game from scratch.

Contesting local polls in several states will help AAP to make a solid foundation. The idea is to target the ruling party and aim  for national dominance.