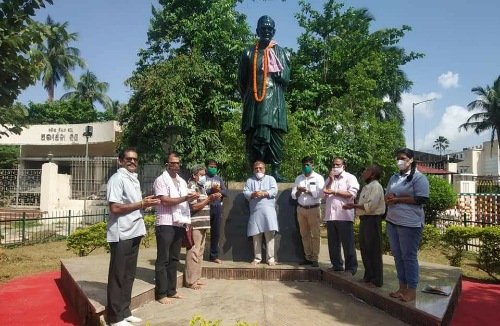 In addition, Senior Journalist Pradyumna Satpathy and the members of Pujya Puja Suraksha Sanskruti Abhiyan too paid rich tributes to the Legend at his statue in Bhubaneswar.

Late Nabakrushna Choudhuri, who had participated in Non-Cooperation Movement, Civil Disobedience Movement and Peasants Movement, was the Chief Minister of Odisha from 1950 till 1956.