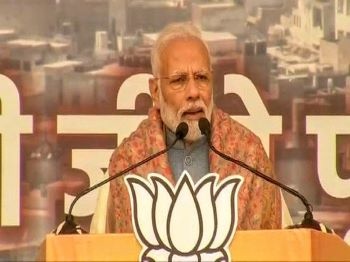 In a departure from his previous stand that “Rioters and Arsonists can be identified from their clothes”, PM Modi sought to douse the CAA-NRC fire and reassure the Muslims at the Delhi rally.

While slamming the Opposition and backing the Cops, PM Modi made all efforts to reassure the Muslims that Citizenship Amendment Act is not against any religion.

“There was never any discussion on NRC”, he told the nation, while Amit Shah had made it clear in Parliament that NRC would be implemented across the nation soon. Will Modi Govt drop the NRC plan to avoid a bigger conflict?