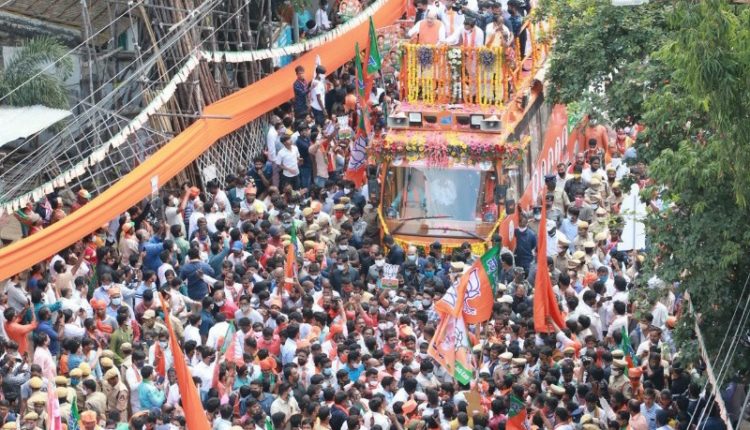 BJP has launched the Hindutva experiment in Hyderabad Civic Polls 2020. The campaigning was led by Amit Shah, JP Nadda, Yogi Adityanath and Tejasvi Surya, sending tremors in the political circle.

Polling is being held across 150 divisions in 4 districts of Telangana. BJP is giving a tough fight to TRS and AIMIM with polarisation at its peak. In the 2016 polls, BJP had won just 4 seats as compared to TRS (99) and AIMIM (44).

Much water has flowed under the bridge since then. If the Hindutva experiment clicks in Hyderabad, their Bengal campaign would get a big boost.