He made the remarks while virtually addressing G7 leaders on Tuesday during an emergency meeting over the developments in Ukraine. 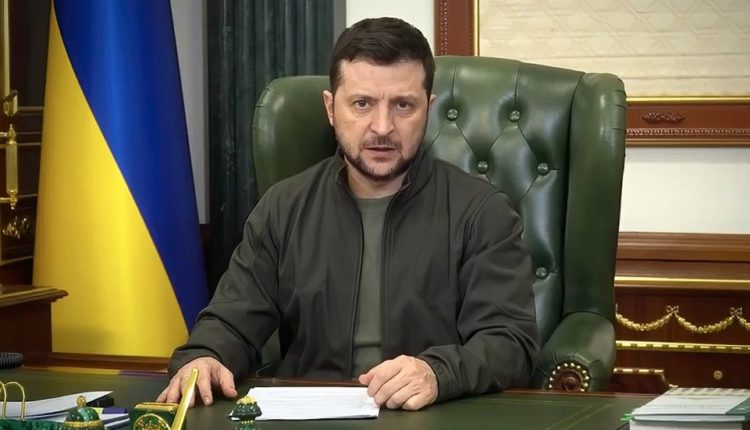 TNI Bureau: In the wake of Russian missile strikes all across Ukraine, President Volodymyr Zelenskyy has called for fresh sanctions against Moscow for “such a new wave of terror”.

He made the remarks while virtually addressing G7 leaders on Tuesday during an emergency meeting over the developments in Ukraine.

Addressing the bloc which consists of Canada, France, Germany, Italy, Japan, the UK and US, the President said: “For such a new wave of terror there must be a new wave of responsibility for Russia — new sanctions, new forms of political pressure and new forms of support for Ukraine.

“The terrorist state must be deprived of even the thought that any wave of terror can bring it anything.”

He went on to say that at the level of the entire G7 and the democratic world, “we must respond symmetrically: when Russia attacks the energy sector and energy stability of our countries, we must block its energy sector with sanctions, break the stability of Russian revenues from oil and gas trade”.

“A tough price cap is needed for the exports of oil and gas from Russia — zero profit for the terrorist state. Such steps can bring peace closer, they will encourage the terrorist state to think about peace, about the unprofitability of war.”

Zelenksy also stressed on the “obvious fact” that there cannot be any dialogue with Russian President Vladimir Putin.

“Talks can be either with another head of Russia, who will comply with the UN Charter, the basic principles of humanity and territorial integrity of Ukraine, or in a different configuration, so that the key terrorist does not have the opportunity to influence key decisions through terror.

“Now one person is blocking peace, and this person is in Moscow,” he added.

Responding to the Ukrainian leader’s call, the G7 leaders in a joint statement condemned the missile attacks in the strongest possible and said that “we will hold President Putin and those responsible to account”.

“We have imposed and will continue to impose further economic costs on Russia, including on individuals and entities — inside and outside of Russia — providing political or economic support for Russia’s illegal attempts to change the status of Ukrainian territory,” the leaders were quoted as saying in the statement.

They also condemned and “unequivocally reject the illegal attempted annexation by Russia of Ukraine’s Donetsk, Luhansk, Zaporizhzhya and Kherson regions in addition to the Autonomous Republic of Crimea and the City of Sevastopol. We solemnly reiterate that we will never recognise this illegal annexation or the sham referenda that Russia uses to justify it”.

The meeting came as at least 19 people were killed and hundreds more injured as Russian missiles hit regions across the country on Monday and Tuesday.

Some 83 missiles struck Ukraine on Monday — the heaviest bombardment the country has witnessed since Russia waged its war on February 24.