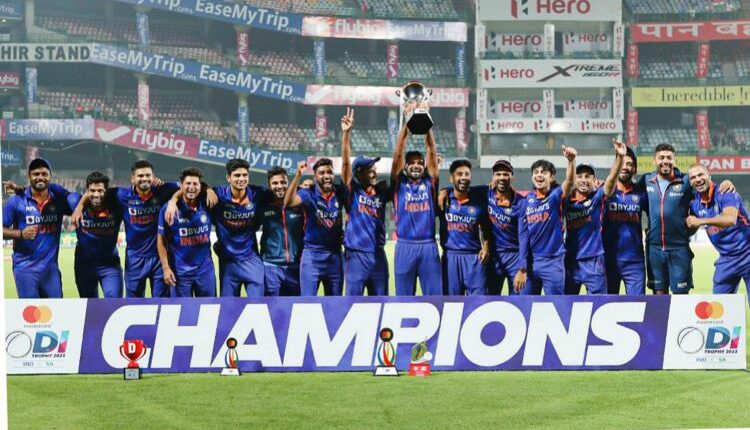 India’s bench strength showed their prowess in the ODIs, but South Africa will be hurt after these losses against a second string Indian side.

Courtesy of some remarkable bowling performances by the spinners, Team India came out on top against South Africa in the series-deciding third ODI at the Arun Jaitley Stadium in Delhi on Tuesday (October 11). With this lop-sided win, India sealed another ODI bilateral series at home 2-1.

Earlier, India had won the T20I series 2-1. Both the series wins will give Team India a big boost ahead of the T20I World Cup, although the ODI series was inconsequential and failed to generate the enthusiasm as the key Indian players were rested.

Player of the Series – Suryakumar Yadav.

Player of the Series – Mohammed Siraj.