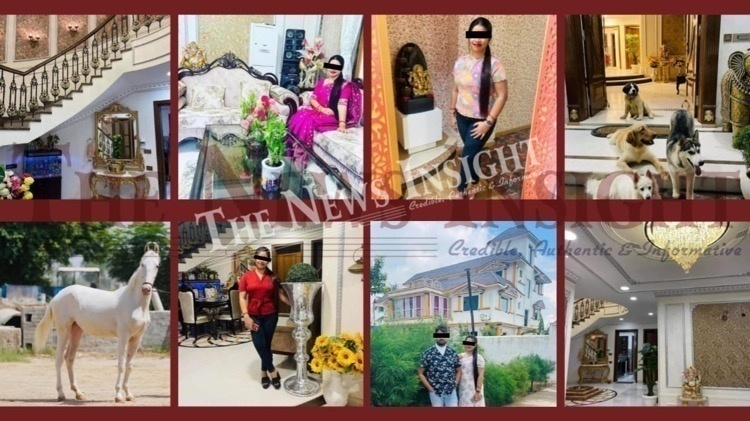 TNI Bureau: The Archana Nag ‘honey-trap’ and ‘blackmailing’ case has stunned the entire state and triggered a political storm. Several names are doing the round for their alleged links with Archana. Some are in the public domain while others are being speculated.

While Archana is seen as a villain, the police is having a tough time to deal with the situation. When they acted on the complaint of Film Producer Akshay Parija, hardly they knew about this biggest-ever sex racket. The revelations left them shell-shocked. Now, they are being accused of shielding the bigwigs.

Questions are being raised on police and they are accused of going slow so that the case is sabotaged. Even the alleged friendship of Archana with some police personnel, has made things complicated further.

Does the police have the power and authority to make things public? Is it allowed in this investigation? Won’t it lead to legal hassles? Let’s discuss.

Consensual Sex: All the cases related to Archana Nag are based on consensual sex, which is not a crime unless there is a police complaint from the spouse of the person involved or from the girl if she claims to be victim. Role of the police will be limited here. They can probe a crime, not sexual relationship between the partners without any complaint.

Complaints: When Akshay Parija was targeted by a girl, who claimed she was sexually exploited, police swung into action and investigated the matter. Akshay Parija filed a counter FIR. The girl who levelled the allegations, retracted and revealed that she was forced by Archana to file the complaint. Skeletons tumbled out of the closet after that and even cops had no clue that it will lead them to such a high-profile list.

Settlement: There have been instances of complaints filed by Archana in a few cases. Whether true or false, she levelled the allegations, but later retracted saying she did not want to pursue the matter. It was clear that those matters were sorted out between the parties. It hardly matters whether they did it in lieu of money of power. Cops had no role to play once the complaints are withdrawn.

The Diary: In the Indian Legal history, we have seen numerous such examples where diaries emerge with various names and contact details. Just that somebody has written a few names, neither the police nor the administration can disclose them unless some criminal motive is established.

Defamation: If the names are made public by the police on the basis of public photographs and listing in a diary or notepad, the influential people have all the rights to sue them in the court of law with defamation suit.

Financial Transactions: This is the most important aspect. If there are dubious financial transactions, the cops can alert the concerned authorities. Whether Income-Tax Department, ED or EOW, they can step in and probe these transactions and then take action on the basis of illegalities. However, any consensual sex won’t be considered as a crime here.

Dilemma for Cops: Should they just keep quiet, drawing flak or spill the beans? They can choose the middle path. They can give a clarification on the allegations levelled against them and their compulsions and limitations. However, naming and shaming the politicians can’t be their cup of tea.

Know about 12 Jyotirlinga Sites in India