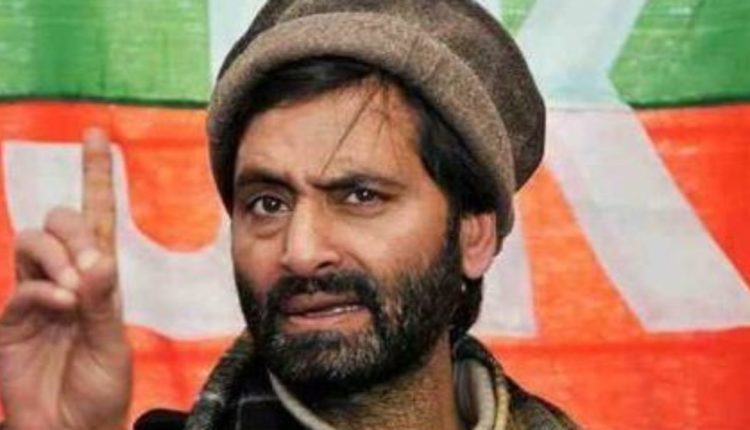 Insight Bureau: Separatist Kashmiri leader Yasin Malik has been sentenced to life on terror funding charges under the UAPA. The verdict was pronounced by the Patiala House Court in Delhi. A fine of Rs 10.75 lakh was also imposed on him. Yasin Malik can appeal against the verdict in the High Court.

The National Investigation Agency (NIA) had urged the court to give the death penalty to Yasin Malik. The charges were related to terror funding, spreading terrorism and secessionist activities in Kashmir in 2017.

Earlier, Special NIA Judge Praveen Singh had framed charges against Malik and others under Unlawful Activities Prevention Act (UAPA) in March 2022. Yasin Malik had pleaded guilty to the charges.

The NIA Judge had said in his order, “The analysis reflects that the statements of witnesses and documentary evidence have connected almost all the accused with each other and to a common object of secession, to the commonality of means they were to use, their close association to terrorist/ terrorist organizations under the guiding hand and funding of Pakistani establishment.”

Meanwhile, clashes have erupted in Maisuma area of Srinagar between supporters of Yasin Malik’s supporters and police personnel. Massive security arrangements have been made across Kashmir to maintain law and order.

Charges under which Yasin Malik was sentenced: