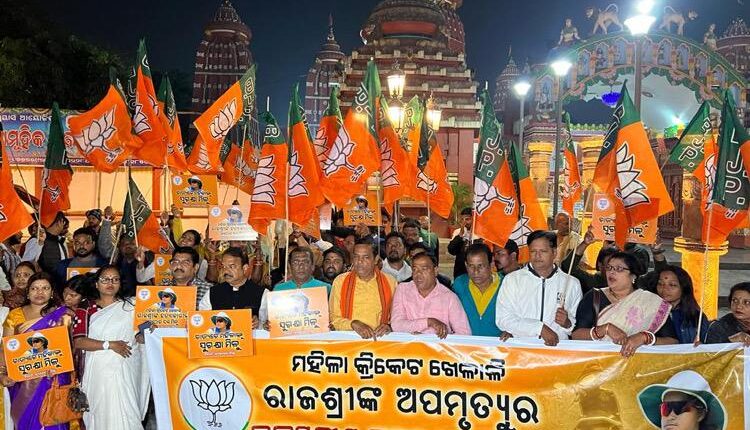 TNI Bureau: With the family members of Odisha Woman Cricketer Rajashree Swain, blaming the Odisha Cricket Association (OCA) and the Coach, the BJP has upped the ante and demanded a high-level probe into the incident.

Earlier, 22-year-old Rajashree was found hanging from a tree Gurudijhatia forest in Athagarh 3 days after she went missing. Earlier, Mangalabag police in Cuttack had recovered her scooter and helmet.

Rajsjree was part of a 25-member team that had participated in a cricket training camp. She reportedly went into depression after failing to make it to the final team.

Rajashree’s family refused to believe that she died by suicide. They call it a murder, saying a fun-loving andhappy going girl like Rajashree would not take such a drastic step unless she was forced to do it.

The family members also alleged that there were injury marks on her head and eye. Rajshree’s father accused the OCA of killer her daughter and then hanging her. The family alleged bias in the selection process.

Meanwhile, the OCA has denied the allegations and said that the selection process was fair and transparent.