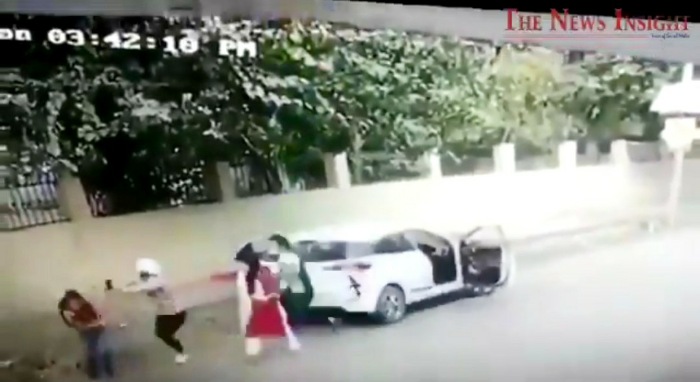 TNI Bureau:  In a shocking development, a 21-year-old girl was shot dead by a person after he failed to abduct her in a car outside her college. The incident occurred at Ballabgarh in Faridabad, Haryana.

The man along with his associate tried to abduct the girl when she came out of her college after appearing for an exam. When the girl resisted, he shot her in the presence of her female friend.

The victim was taken to the hospital where she succumbed to her injuries. She was identified as Nikita Tomar.

The main accused who shot at the girl, has been arrested. He has been identified as Tauseef. The other accused Rehan was arrested later.

According to police, the victim and accused knew each other. Family of the girl alleged that she was being pressurized by the man to convert and marry him.

They studied till class X. The accused had kidnapped Nikita in 2017, but was rescued. The family had lodged an FIR but later withdrew case due to social stigma.