The video is reportedly shot from Uttar Pradesh's Muzaffarnagar on Wednesday. 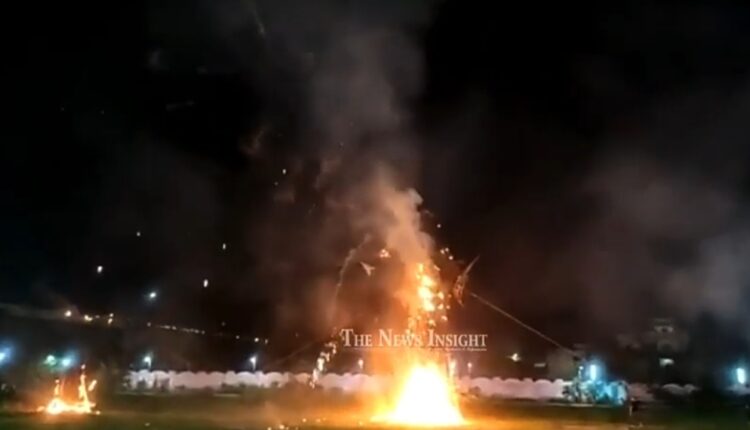 TNI Bureau: Video of a Ravan effigy ‘firing back’ at spectators during a Dussehra event is getting viral. The video is reportedly shot from Uttar Pradesh’s Muzaffarnagar on Wednesday.

The incident took place on the occasion of Ravan dahan on Dussehra, on the grounds of Muzaffarnagar’s Government Inter College.

The video shows a burning Ravan effigy shooting fire into a large crowd gathered to witness Ravan dahan, which is celebrated by burning effigies of the mythical demon king Ravan.

Not just civilians but also police officials running for cover can be seen in the viral video.

Notably, the festival is celebrated in full swing across the country, by burning the effigies of Ravan, Kumbhkaran, and Meghnath to celebrate good over evil.