A video of the scenario has surfaced. 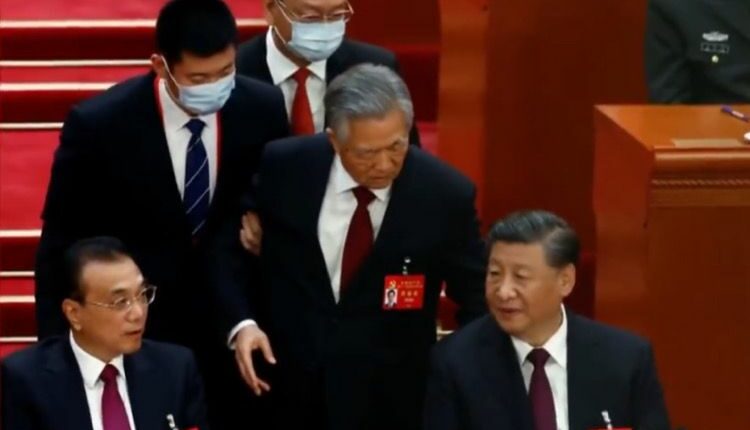 TNI Bureau: Former Chinese President Hu Jintao was surprisingly escorted out of the closing ceremony of a congress of the ruling Communist Party on Saturday. A video of the scenario has surfaced.

Journalists, who were present at the venue, shared a video on social media. In the video, Hu looked astonished while being escorted out from the Great Hall of the People.

Chinese State Media says Hu Jintao was not “feeling well” when he left the Congress.

WATCH: Former Chinese President Hu Jintao “Humiliated” and escorted out of the closing session of the Communist Party Congress at the ‘Great Hall of the People’. #ChinaCongress #China #HuJintao #XiJinping #TNI #TheNewsInsight pic.twitter.com/MvtcLq2cJY

Hu, 79, seated to the left of Xi, was led off the stage of the main auditorium of the Great Hall of the People in Beijing by two stewards, Reuters reported.

The Chinese Communist party concluded its twice-a-decade congress on Saturday with a successful amendment to its charter to further strengthen Xi Jinping’s core status.