WATCH: 3 Die as Truck rams into a Marriage Procession in Malkangiri

The deseased were identified as groom's father who was the Sarpanch of the Pandripani Panchayat and other family members. 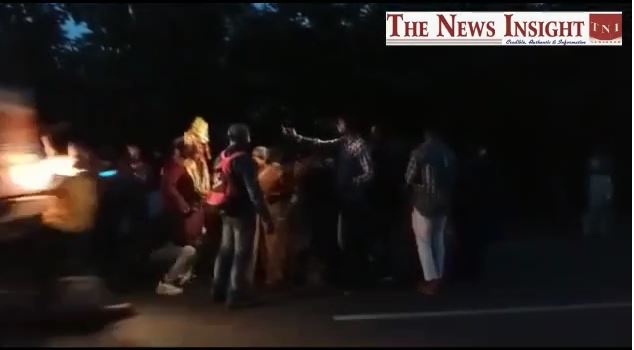 Insight Bureau:  In a tragic incident, three members of a marriage party were killed and three others critically injured when a truck rammed into a marriage procession at Pandripani area in Malkangiri.

According to sources, the mishap took place on Wednesday evening, when the ‘Baarat’ was moving on Pandiripani.

The deseased were identified as groom’s father who was the Sarpanch of the Pandripani Panchayat and other family members.

The angry mob caught the truck driver. He was beaten up by the people present at the spot and later handed over to the police with multiple injuries.

The injured persons have been shifted to the district headquarters hospital and their condition is stated to be serious.