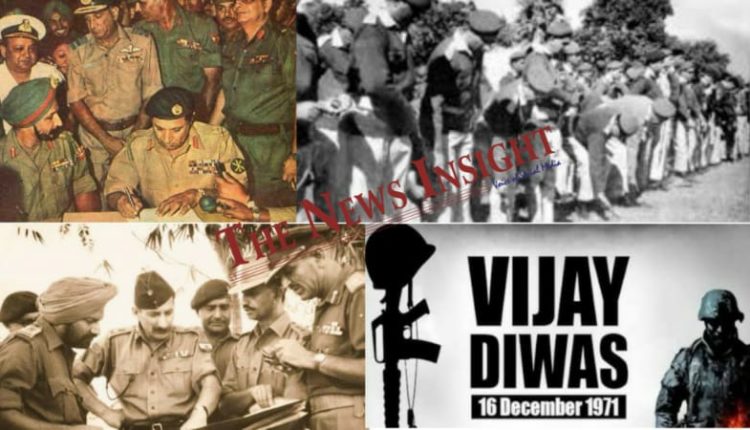 On this day in the year 1971, Pakistani Soldiers had surrendered to the Indian Armed Forces which led to the birth of Bangladesh as an Independent Country. Every year on December 16, Indians celebrate Vijay Diwas and remember the War Martyrs of the 1971 India-Pakistan War. This was the first war after World War II which India won.

The war between India and Pakistan began on December 3, 1971. It was a very short war and ended within 13 days. The result of the war was the formation of a new nation, Bangladesh. It was a happy day for Bangladesh and India but for Pakistan, this day meant the separation of Eastern Pakistan from the country. After the war ended, around 93,000 Eastern Pakistani Troops surrendered to the Indian Army unconditionally. They signed the Instrument of Surrender on Dec 16, 1971 and it became one of the biggest surrenders in the world’s history.

This was one of the most violent wars of the century. Many soldiers from both sides lost their lives during the war.  On 16 Dec 2020, the war completes its 50th year. Prime Minister Narendra Modi also lit up the Swarnim Vijay Mashaal to celebrate 50 years of India’s memorable win over Pakistan in 1971. PM Modi has lightened up 4 Mashaals which were taken to different places of India. 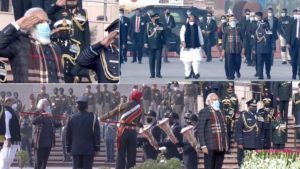 Bangladesh also celebrates this day as Bijoy Dibosh (Vijay Diwas in Bengali) every year as it became an independent country on this day. Undoubtedly, it was a proud day for all Indians and is still a historical day all over the country.