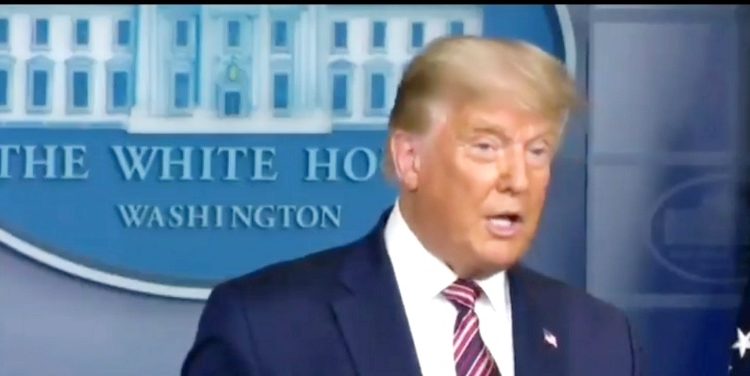 TNI Bureau: US President Donald Trump has unleashed a series of legal attacks to stop counting in the States that he suspects are going to Joe Biden. He has also targeted the States that were won by Biden. However, he met with no success so far.

Trump rejected the mail ballots saying they have destroyed the electoral system. “We will win the election unless it’s stolen from us”, he said while making it clear he would move the court.

“I and Biden can both claim the states, but ultimately I have a feeling judges are going to have to rule”, he said hinting at a long legal battle.

All eyes are on Pennsylvania which may give a result later today. The Pennsylvania Supreme Court overruled the Commonwealth Court ruling that allowed the Trump Campaign watch the mail in ballot count in Philadelphia. Counting resumed after a brief halt.

Two lawsuits filed by Trump in Michigan were rejected by the court. Another lawsuit in Georgia was also rejected.

As per the latest trends, Trump’s lead in Pennsylvania and Georgia is declining very fast and Joe Biden may take the lead in a few hours. Biden is leading in Arizona although there has been a slight decline in his lead.

Joe Biden has maintained his 264-214 lead over Donald Trump. Once the key states are done, numbers may change.