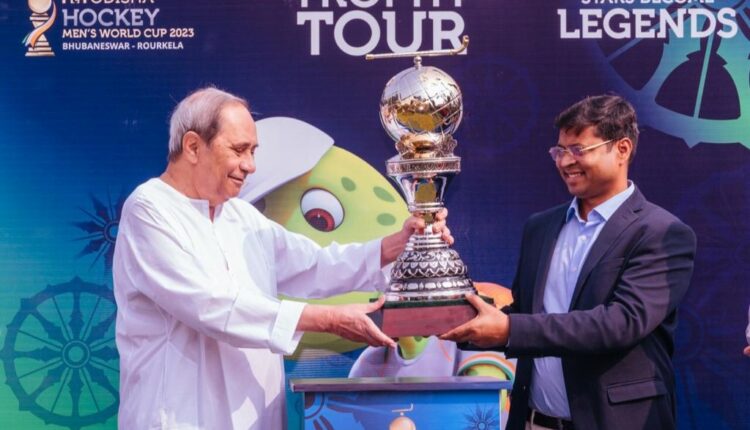 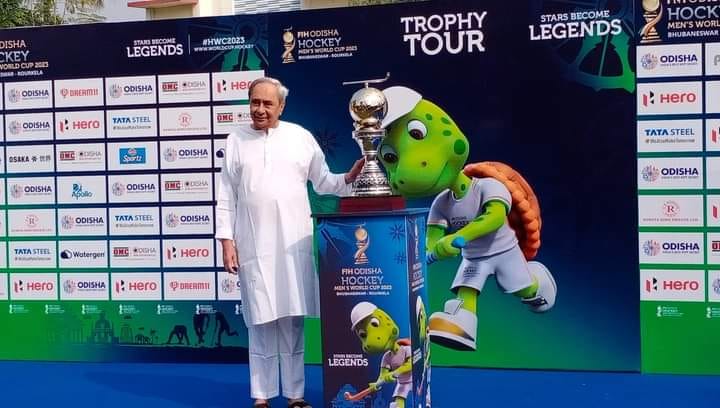 Odisha Chief Minister Naveen Patnaik on Monday launched the Trophy Tour of the FIH Odisha Hockey Men’s World Cup 2023.
The trophy will travel across 13 States and one Union Territory before returning to Odisha on 25 December.
In the next 21-days the trophy will journey across West Bengal, Manipur, Assam, Jharkhand, Uttar Pradesh, Punjab, Haryana, New Delhi, Madhya Pradesh, Maharashtra, Tamil Nadu, Kerala, Karnataka and Chattisgarh.
Once back in Odisha, the Hockey Men’s World Cup Trophy will tour across all the districts in the State.
The trophy will also visit 17 blocks of Sundargarh which is famed for being the cradle of Hockey. 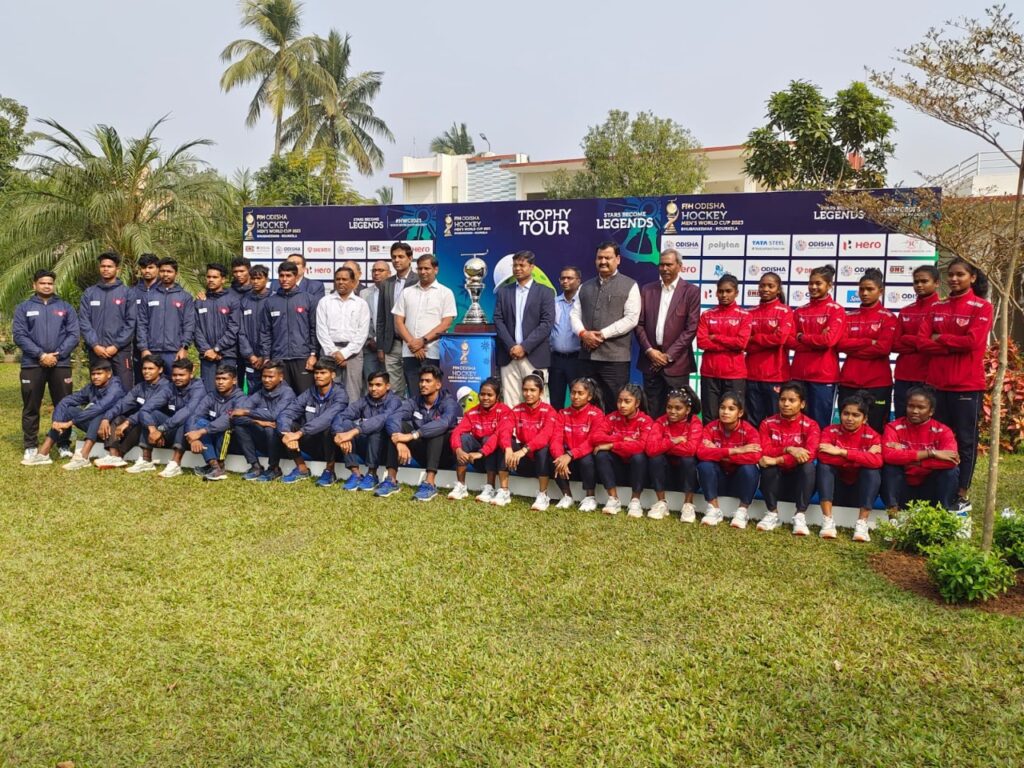 The last leg of the tour will be in Rourkela before finally returning to Kalinga Stadium in Bhubaneswar where the finals will be played on 29 January 2023.
Wishing the trophy tour a grand success, Chief Minister Patnaik said. “I hope the Hockey Men’s World Cup Trophy Tour will build excitement for the World Cup across India. We will be hosting 16 teams and the matches will be played in Bhubaneswar and Rourkela.