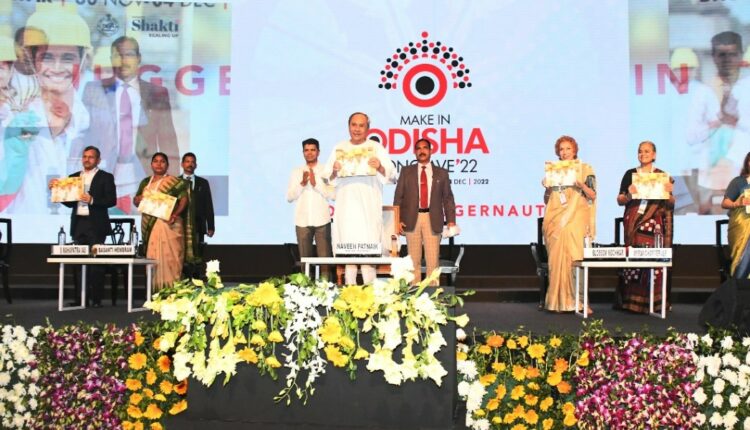 Share
⏺️ Four killed as car hits roadside tree in Nabarangpur district.
⏺️Make in Odisha conclave concludes; The conclave has generated investment intents of Rs 10.50 lakh crore with potential for 10.50 lakh direct and indirect employment: CM Naveen Patnaik.
⏺️Chief Minister Naveen Patnaik inaugurated a coffee table book titled ‘Mission Shakti Scaling Up’ at MIO-2022 today.
⏺️Odisha CM announced that District Federation of SHGs will be given Rs 1 Cr as revolving fund, each Block will be given Rs 50 lakh, Market complex and office buildings for Panchayat level federations of SHGs and Micro and mini industrial parks will be set up in all 30 Districts.
⏺️Campaigning ends for Padampur Bypolls today. 45 patrolling teams to be deployed for the by-election. People of other areas/districts appealed to leave Padampur by 4 PM today.
⏺️Over 30 persons injured after being attacked by a dog at Sunhat in Balasore hospital.
⏺️Union Minister Dharmendra Pradhan leads BJP roadshow at Padampur ahead of by-elections on December 5.
⏺️All the wholesale and retail markets in Delhi will remain closed on 4th December, in view of MCD elections.
⏺️Drone video captured from close proximity of Puri Srimandir including changing of ‘Patitapabana Bana’ goes viral.
⏺️Out of first batch of 3000 agniveers who have joined, 341 are women.
⏺️President Droupadi Murmu presents National Awards for the Empowerment of Persons with Disabilities for the year 2021 & 2022 on the occasion of International Day for Persons with Disabilities.
Related Posts