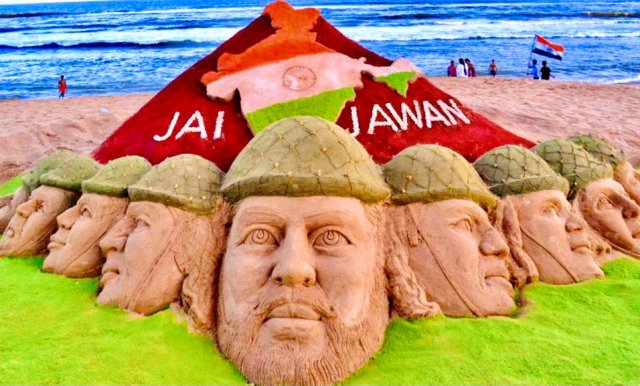 ➡️ Severed head suspected to be of Gaon Sathi Ramesh Sethi recovered from a pond near Bhawanipur cold storage in Sundergarh District.

➡️ Massive fire breaks out at scrap godown in NandanVihar area of in Bhubaneswar.

➡️ Army Day: Indian Army pays homage to 100 soldiers and officers who sacrificed their lives in 2020 in different operations.

➡️ Centre disapproves administration of Covaxin to those below 18 years.

➡️ Karnataka: 11 people die in a collision between a minibus and a Tipper near Itigatti in Dharwad.

➡️ Delhi court directs UP Police to produce AAP MLA Somnath Bharti in Delhi on Jan 18 in a matter related to a case of alleged assault of security staff at AIIMS, Delhi in 2016.

➡️ India vs Australia 4th Test at Brisbane, Day 1: Australia score 62 runs at the loss of two wickets in 27 over at Lunch.

➡️ At least 7 killed, hundreds injured in an Earthquake of 6.2-magnitude strikes Sulawesi island of Indonesia.