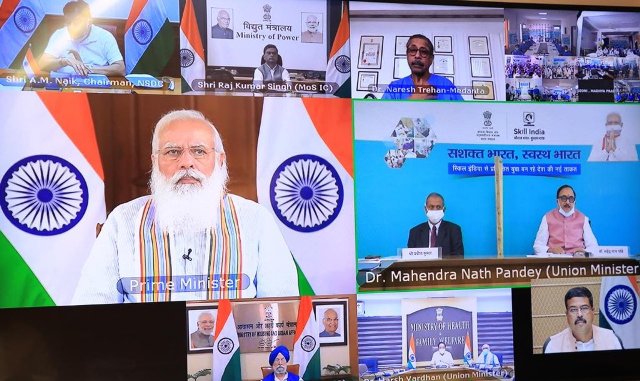 ➡️ 6252 Covid-19 patients have recovered from the disease in Odisha in the last 24 hours. The total recovered cases of Odisha now stand at 829851.

➡️ UG, PG Exams will be held in Odisha via online mode in July-August. Guidelines to be issued by the Universities/Autonomous Colleges soon.

➡️ The Council of Higher Secondary Education (CHSE), Odisha announced to award marks to students for Plus II examinations on the basis of their results in Class-10 Board examination. Result in August second week.

➡️ Puri International Airport to be established at Sipasarubali: Sources.

➡️ 6 from Odisha among top 100 ITIs in India. ITI Berhampur stood first in the state having All India Rank 12.

➡️ Indian Railways has approved 660 more trains in June as the demand increased.

➡️ No political crisis at all in Karnataka: CM B S Yediyurappa.

➡️ A special court of Delhi dismisses the bail petitions of Christian Michel, an alleged middleman in AgustaWestland case.