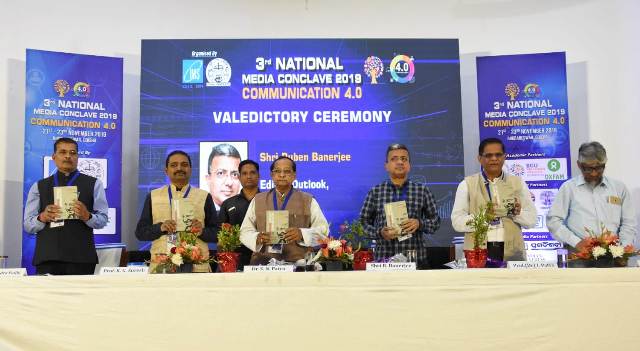 Speaking on the occasion, Patro said while digital has definitely become the core of every client and brand’s deliverable, traditional mediums such as print, television and others still hold tremendous value.

Editor of Outlook magazine and author Ruben Banerjee urged the media educators to teach honesty and  and other moral values to mass communication students for entering into the professional career in journalism. 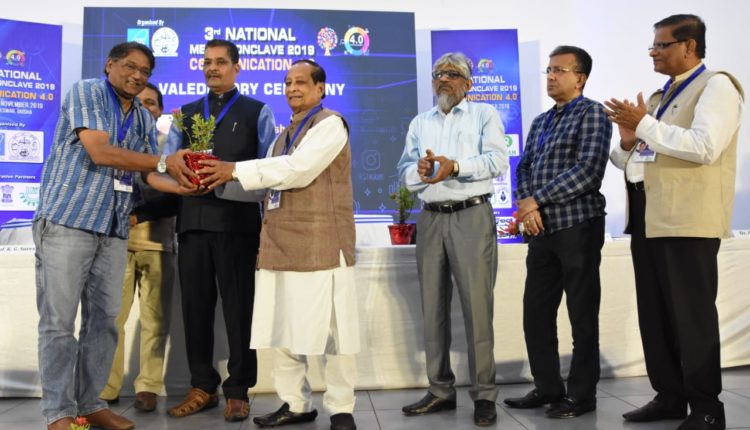 The Institute of Media Studies (IMS) and Utkal University in collaboration with CEC of UGC and Dr. Ambedkar Foundation, New Delhi organised the conclave has been organising the conclave on November 21 since 2017 to mark the birth anniversary of former Chief Minister of Odisha Dr Harekrushna Mahatab and remember his journalistic works. The third edition’s theme was  ‘Communication 4.0: Communication in a digital age’. The core issues relating to human communication and technological advancement and its impact on language, knowledge and society at large were highlighted during the conclave.

On the occasion, the NMC Awards 2019 which was introduced this year were given to six organsiations and educational institutions for their contributions in public relations, corporates communications. Certificates were also distributed among scholars from 40 universities who presented their research papers in the technical session.

The National Conclave at Bhubaneswar has become a platform of exchanging ideas and formulation of academic policy in mass communication field by the media luminaries and academicians across the country. The conclave has established itself as the most awaited and celebrated event in the media academic realm, said conclave chairman and Director of IMS Prof Upendra Padhi.