It was India's second gold at the Tokyo Paralympics after Avani Lekhara's golden feat in Air Rifle Shooting. 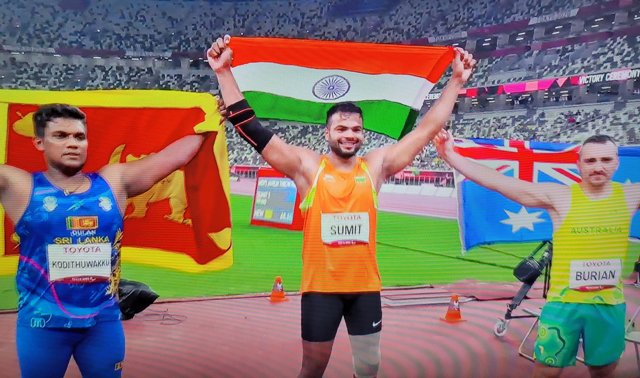 Sumit, Haryana’s para javelin thrower has broken the world record twice and set another world record in the F-64 category.

With this, India’s medal tally at the Tokyo Paralympics goes up to 7 (2 Gold, 4 Silver, 1 Bronze).