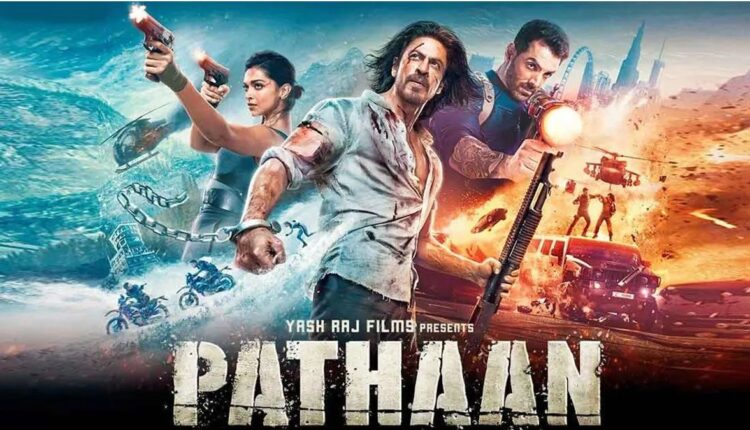 Pathaan, starring Shah Rukh Khan, opens on a Wednesday, but it’s anticipated that Republic Day would increase interest in the movie the following day. The advance booking as well as the global opening have reportedly gone beyond the expectations.

In the movie Pathaan, Shah Rukh Khan plays a RAW agent who has been on leave for some time but is called back to work when Jim, played by John Abraham, poses a threat to the country. Shah Rukh would be the star of an action-packed movie, according to the trailer.

The first song from the “Besharam Rang” by YRF, which was published prior to the trailer, caused a great deal of controversy. Many political organizations opposed the film’s release because of the colors of SRK and Deepika’s clothing in the song unless the music video’s creators changed it. The film’s dance performance and theme tune, “Jhoome Jo Pathaan,” were then made public by the creators.

The opening of Pathaan was met with an unprecedented reception around the nation, as the advance booking suggested. Despite the fact that it is a non-holiday release, the movie is drawing sizable crowds to theatres. Bollywood fans are in a celebratory mood, and nighttime show attendance is sure to rise as word of the Siddharth Anand film spreads favorably.

In India, Pathaan has 5500 screens, which is a significant number, and no other major motion picture is now playing in theatres. The Shah Rukh Khan-starring film has till Shehzada’s release on February 10 to ignite a riot at the box office. Additionally, the favorable word-of-mouth for the action entertainer has just become a “Sone pe suhaga” thing!

Following protests by right-wing organizations, certain theatres in Indore, Madhya Pradesh, cancelled the morning showings of the Shah Rukh Khan movie “Pathaan” on the day of the movie’s premiere on Wednesday.

Some groups have condemned the movie, claiming that the song “Besharam Rang” offends Hindu sensibilities. According to eyewitnesses, Hindu Jagran Manch activists displayed saffron flags at the Sapna-Sangeeta cinema venue on Wednesday in opposition to the film and recited the Hanuman Chalisa. Some of them even had sticks, they added.

A few of the demonstrators made their way into the theatre and demanded the spectators leave. The demonstrators declared that they would prevent the film from showing in the theatre. Additionally, Bajrang Dal supporters demonstrated against “Pathaan” in the city’s Kastur cinema hall while yelling anti-Shah Rukh Khan chants.