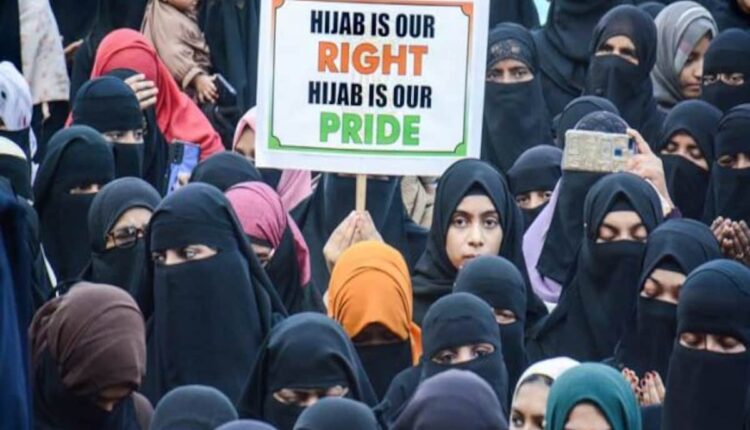 TNI Bureau: A two-judge Supreme Court bench on Thursday gave a divided verdict on whether wearing hijab is a fundamental right of Muslim girls in school. Justice Hemant Gupta and Justice Sudhanshu Dhulia took different views on the matter.

Justice Gupta dismissed the appeals by Muslim girls seeking the right to wear hijab. However, Justice Dhulia took the opposing view and quashed the Karnataka govt order banning the wearing of hijab by Muslim girls in government schools.

The matter will now be handed over to a larger bench, most likely a three-judge bench, as decided by the Supreme Court.

A bench of Justice Hemant Gupta and Justice Sudhanshu Dhulia had presided over an 11-day marathon hearing on the contentious Hijab case involving whether Muslim girls have a right to wear hijab in schools and pre-university colleges.

The Supreme Court, hearing a challenge to the Karnataka High Court judgment that had earlier this year upheld restrictions on the right of Muslim girls to wear hijab in schools and pre-university colleges, had reserved its judgment on the issue.