Anti national activities are increasing in the most literate state of the country. 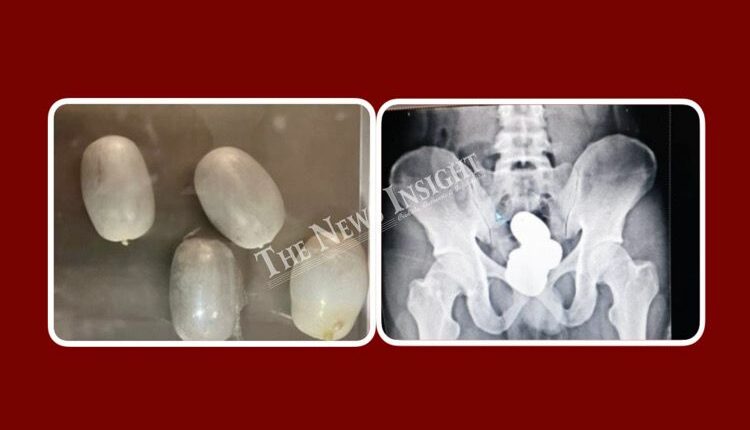 TNI Bureau: Kerala has become the supreme paradise of gold smugglers with hundreds of such cases coming to the fore daily. Anti national activities are increasing in the most literate state of the country. And, in most of the cases, gold has been found in the passengers’ rectum. The ‘rectum gold’ menace has been frequent in Kerala over the last 3 years.

Air Intelligence Unit (AIU) on Wednesday intercepted a passenger and recovered 1066.75 grams of gold. The intercepted accused has been identified as Abdul Jaleel, a native of Koduvally, Kozhikode. “The passenger travelled by Indigo flight 6E1704,” stated the airport customs.

Here are some of the high profile gold seizure in Kerala:

Air Customs officers seized 3.8 kg of smuggled gold from four passengers who arrived at the Calicut international airport from different places in the Gulf. While two of the cases were rectal concealments, one passenger was found to have hidden the gold in his innerwear, and another inside the batteries of three flashlights. Gold compound weighing 1,080g was recovered from the rectum of Wayanad native Arshad Eary, 30, who arrived from Muscat. Mohammed Safwan, 29, from Vettathur, near Perinthalmanna, was detained by the Customs authorities when he landed at the airport from Abu Dhabi. He too was found to have been carrying 1,175 g of gold capsules in his rectum.

Anwar Sadik, 27, from Palakunnu, Kozhikode, was found to have been carrying 1,131 g of gold compound in his innerwear. The Customs recovered the gold after questioning him. In the fourth case, Abdul Riyas, 44, from Puthupady, Kozhikode, was detained with 428 g of smuggled-in gold. He had hidden the item in the form of 12 plates covered in black inside the batteries.

On the other hand, over 700 grams of gold worth Rs 38.53 lakh being smuggled into the country was seized at Mangaluru International Airport.

The gold weighing 741 grams was seized from a man, a resident of Kasaragod in Kerala, a Customs release here said.

The passenger, who arrived on an Air India Express flight from Dubai had mixed the gold powder in gum and concealed the same in his rectum.

January 15, 2021: Air Intelligence Unit at Kannur International Airport seized 974 grams of gold worth Rs 49,08,960 from a passenger who arrived from Sharjah. He concealed four capsules of gold compound in his rectum.

Air Intelligence Unit at Kozhikode International Airport seized 568 grams of gold worth over Rs 25 lakhs from a passenger. The gold was in compound form, found concealed inside rectum of the passenger.

From 2020 to 2022, thousands of such cases are reported with giving the headache of anti national activities in this South state.

November 9, 2020: Air Intelligence Unit A Batch in Thiruvananthapuram Airport seized 1322.67 grams of gold from three passengers. The gold was concealed in the underwear of two passengers and rectum of another.

October 26, 2020: Customs at Kozhikode International Airport seized 435.5 grams of compound gold from a passenger who arrived from Dubai. He had concealed it in his rectum.

October 8, 2020: Air Intelligence Unit of Kannur International Airport seized 615 grams gold worth Rs 31.21 lakhs from a passenger. The passenger had concealed the gold inside his rectum.

In another case, Air Intelligence Unit at Kannur International Airport seized 974 grams of gold worth Rs 49,08,960 from a passenger who arrived from Sharjah. He concealed four capsules of gold compound in his rectum.

October 1, 2020: AIU Calicut seized a total of 633 grams of gold from 3 passengers arriving from Dubai. One of them had concealed it in his rectum.

Did You Know – Switzerland had honoured Dr. APJ Abdul Kalam?