Makers have announced such great offer on the auspicious occasion of Diwali. 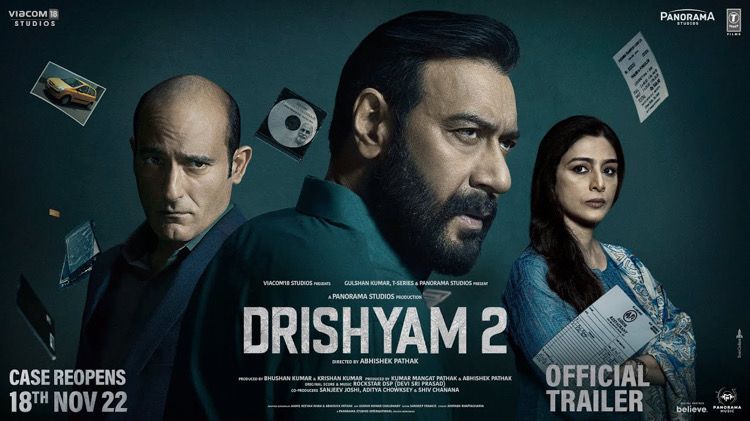 TNI Bureau: In some good news for movie enthusiasts, the makers of Ajay Devgn and Tabu-starrer Drishyam 2 have announced they will offer a 25 per cent discount on first day film tickets if booked on 24-25 October. Makers have announced such great offer on the auspicious occasion of Diwali.

The development was confirmed by film critic and trade analyst Taran Adarsh.

The teaser of the film was released on September 29 at 12 pm. The teaser starts with events from the first Drishyam movie and then shows Devgn recording a confession video. The actor, last seen in Runway 34, says, “Mera naam Vijay Salgaonkar hai aur ye mera confession hai.”

Drishyam 2 is the remake of the 2021 Malayalam film of the same name starring Mohanlal and also the sequel of the 2015 film Drishyam directed by Nishikant Kamat.

The film focuses on a cable operator named Vijay Salgaonkar who lives with his wife Nandini and daughters Anju and Anu. He is an avid movie buff and an unfortunate incident in his daughter’s life makes the family come face to face with IG Meera Deshmukh.