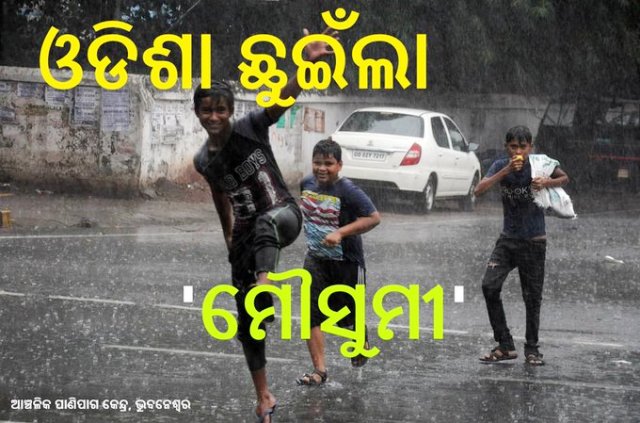 TNI Bureau: The southwest monsoon has finally arrived in Odisha on Thursday, bringing huge relief to the people after months of constant heat wave.

Under its impact, thunderstorm, lightning and heavy rainfall is likely in several parts of the State till June 12.