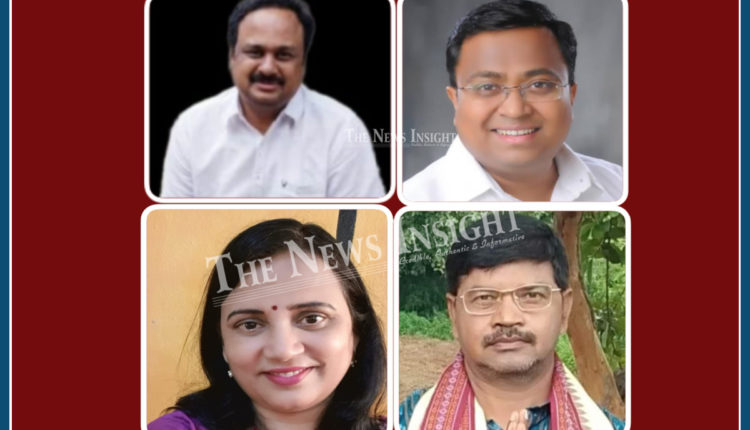 Insight Bureau: Putting all speculations into rest, the Biju Janata Dal (BJD) has renominated Dr. Sasmit Patra, Manas Mangaraj, Niranjan Bishi and Sulata Deo to Rajya Sabha for the four seats that are going to polls on June 13.

While Sasmit Patra has been renominated for the post, Odisha Government’s Media Advisor Manas Mangaraj will make his debut in Rajya Sabha. BJD Spokesperson Sulata Deo has been nominated as the woman candidate.

The most surprising package is Niranjan Bishi (Balangir), Secretary General of Paschima Odisha Adivasi Sangha, who was very critical of BJD and led various protests against the Government in Western Odisha, who has been named as the Rajya Sabha candidate at the cost of Pradeep Majhi, who was the frontrunner for the post. Niranjan had resigned from his job recently.

The BJD will immensely gain from the knowledge, experience and expertise of Sasmit Patra and Manas Mangaraj, it’s believed.