Roger Federer on Thursday broke the news to fans that the upcoming Laver Cup in London will be the final time we will see the 20-time Grand Slam winner and the greatest of all time on the tennis court. 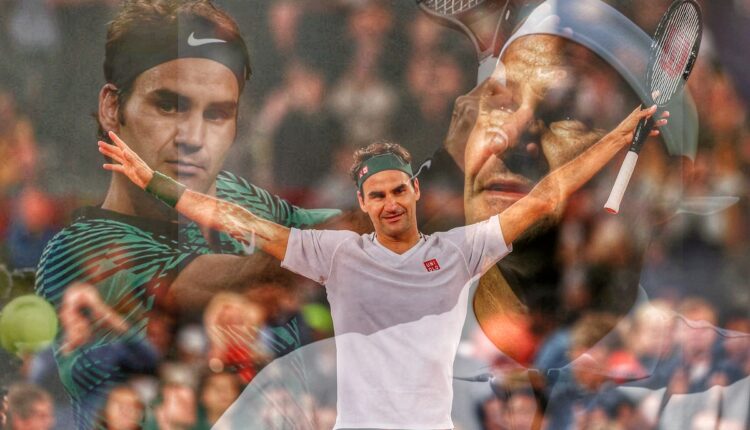 TNI Bureau: It’s been 19 years since winning his first Grand Slam title at Wimbledon in 2003, which set him on the road to being acclaimed the legendary player, Federer on Thursday announced his retirement.

Roger Federer on Thursday broke the news to fans that the upcoming Laver Cup in London will be the final time we will see the 20-time Grand Slam winner and the greatest of all time on the tennis court.

At the age of 41 and trying to recover from a third knee surgery in 18 months, the great Swiss bowed to the inevitable march of time.

He leaves the sport with 20 Grand Slams, including a record eight Wimbledons, 103 titles and more than $130 million in prize money alone, all driven by a rare grace, laser precision and a signature one-handed backhand.

Self-confidence was never an issue – who else could have walked onto Wimbledon Centre Court sporting a bespoke cream blazer with an embroidered crest?

The artistry associated with the Swiss brought him a global legion of fans bedecked in ‘RF’ hats and almost mystic appreciation.

Federer also held the world number one spot for 310 weeks, including 237 consecutive weeks between February 2004 and August 2008.

To my tennis family and beyond,

Off court, however, he is Federer- the family man, the father of two sets of twins, Myla Rose and Charlene Riva and Leo and Lenny with wife Mirka, a former player he met at the 2000 Olympics in Sydney.

His path to super-stardom wasn’t always so settled.

As a talented young player, Federer’s hair-trigger temper threatened to stunt his progress.

Twelver months later, however, Federer exited Wimbledon in the first round.

It took a personal tragedy for him to press the reset.

Just when he turned 21, his coach and close friend from his formative years Peter Carter was killed in a car crash in South Africa.

From that point on, the multi-lingual Federer committed himself to winning in style, no longer consumed by his inner demons.

He won 28 Masters, a 2008 Olympic doubles gold medal with close friend Stan Wawrinka and a Davis Cup victory for Switzerland in 2014.

The statistics, well cannot do justice, to a player who transcended the world of sport.

The greatest Swiss of all time, has left his fans and the world tearry with his retirement letter.