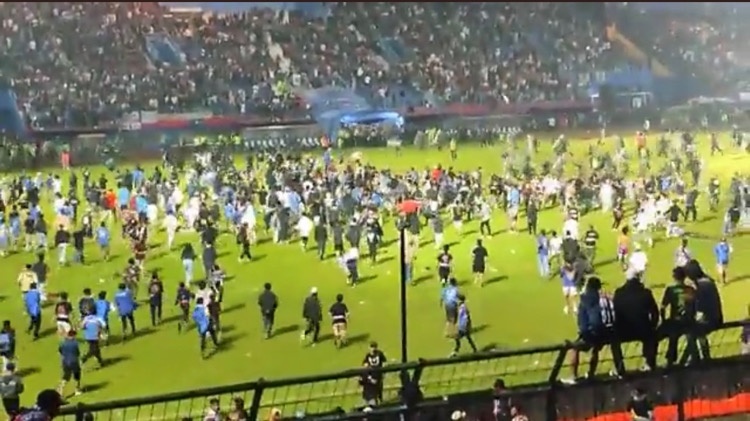 TNI Bureau: At least 129 people lost their lives when riots broke out during a footfall match in Indonesia. Use of extreme tear gas and suffocation during subsequent stampede were the main reasons behind the deaths.

The incident occurred after the match between Arema FC and Persebaya Surabaya at the Kanjuruhan Stadium in Malang Regency last night. It was a match of Indonesian top league BRI Liga 1.

As the fans indulged in heavy rioting, the police used tear gas to bring the situation under control, leading to mayhem.

While 129 people died in the incident, 180 others were injured too.

The league has suspended all football matches for a week. Arema FC team has been prohibited from hosting any matches for the rest of this season.

BREAKING: More than 100 people died after a riot broke out at an Liga 1 football match between Arema and Persebaya at Kanjuruhan Stadium in Malang, Indonesia pic.twitter.com/YsDWQfbkRZ