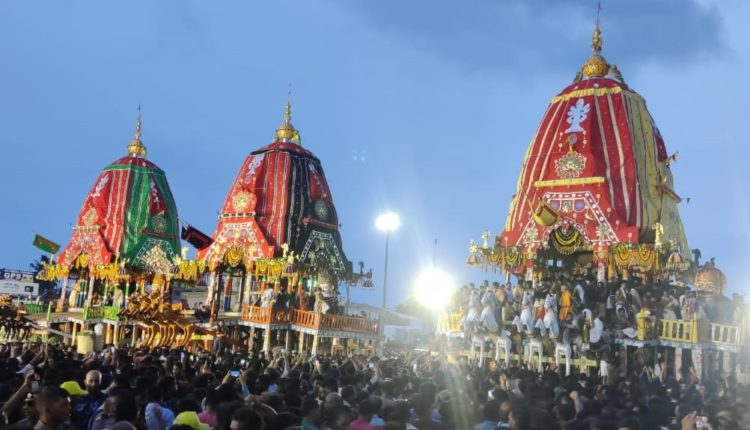 Lord Balabhadra’s chariot, Taladhwaja, first reached at Gundicha temple followed by Devi Subhadra’s Debadalan. At the end, Lord Jagannath’s chariot reached the Mausima Temple at 6:30 pm today evening and parked at Saradha Bali in front of Gundicha temple on the north-eastern end of the Grand Road. 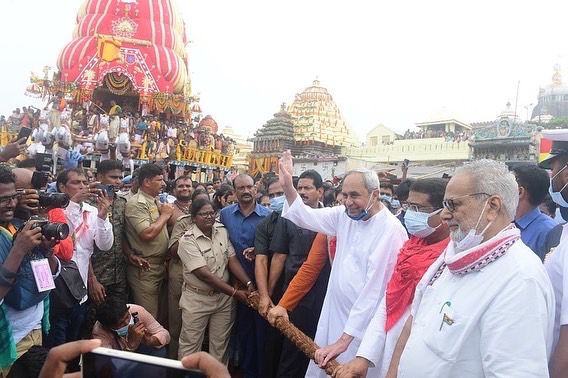 All the rituals including the Pahandis, Chhera Panhara and pulling of chariots, were completed well ahead of the scheduled time.

After two years of gape, the world famous Ratha Jatra of Lord Jagannath began with sea of devotees in the holy city.

The deities will stay at Gundicha Temple with their Mausi Maa (Maternal Aunt) till the Bahuda Jatra on July 09, 2022. 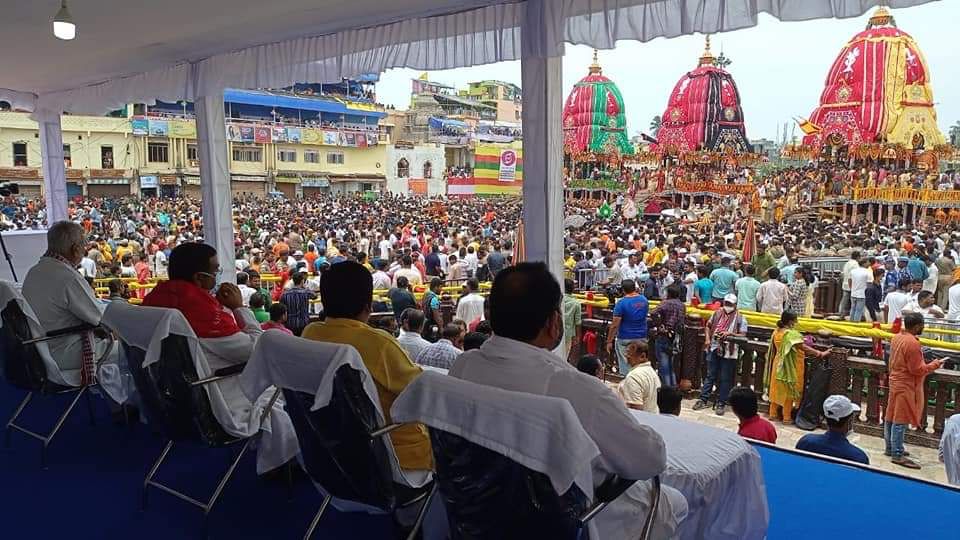