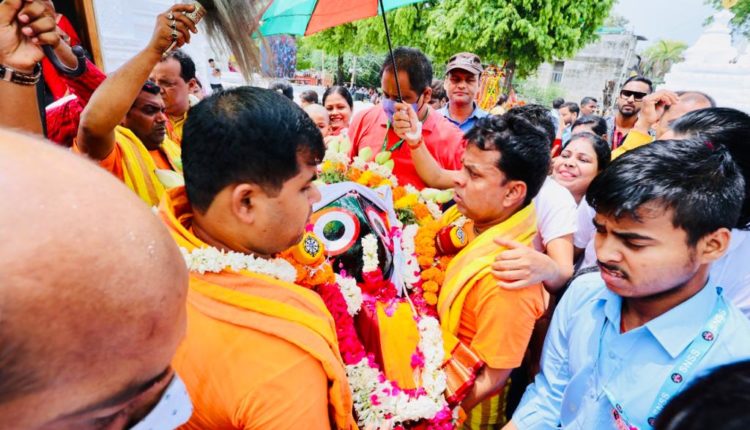 Insight Bureau:  The 44th Ratha Jatra Festival celebrated at the Jagannath Temple of the National capital region at Hauz Khas Village in New Delhi amidst much fanfare and spiritual fervour.

Commencing from the wee hours of the day all the religious rituals have been performed in utmost solemnity and devotion. Since the Ratha Jatra is being celebrated with sea of devotees this time after two years of corona interruptions, unusual enthusiasm and enchantments were witnessed among the devotees during the occasion. 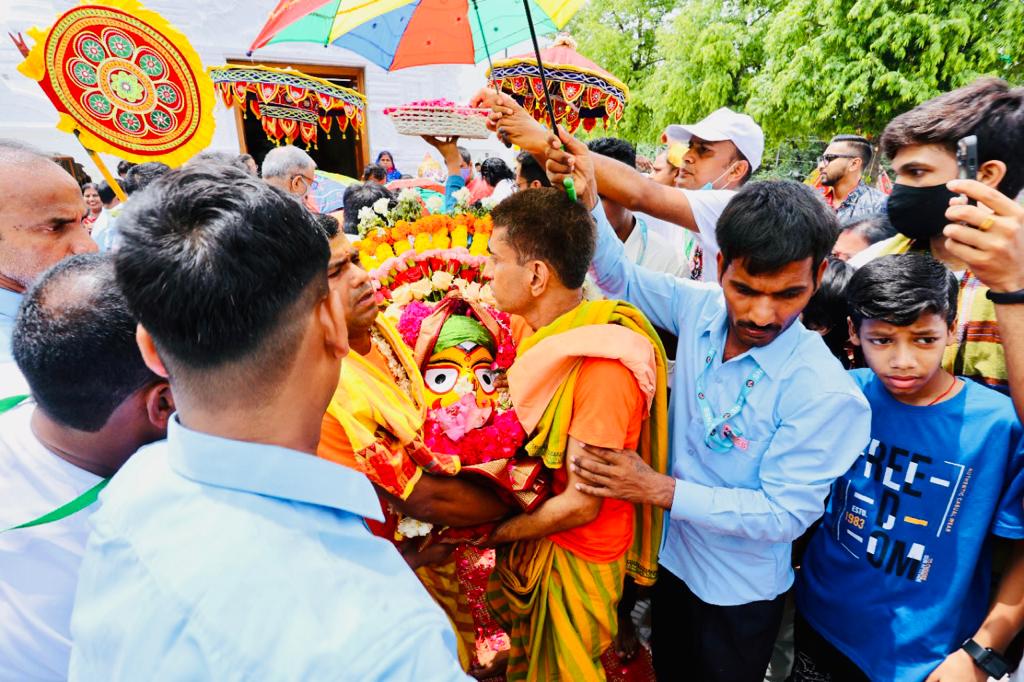 50,000 devotees gathered to witness the Festival. The Managing body of the Temple Shree Neelachala Seva Sangha ensured that the wearing of mask is a must among the crowd. Around 11.30 a.m. in the morning the Four Deities were taken in Pahandi procession to the 25 feet high colourfully decorated chariot stationed at the Grand Road in front of the temple. With the recitals of hymns, roaring of slogans like Haribol and Jai Jagannath, sounding of Huluhuli, blowing of conch and playing of musical instruments such as Ghanta, Kartala, Mardala, Jhanja and Mrudanga by the devotees, Secretary of Neelachala Seva Sangha and Renowned Philanthropist Rabindra Nath Pradhan conducted the traditional service of sweeping on the chariots called ‘Chherapahanra’.

Around 2.45 p.m. in the afternoon the chariot pulling was started. The Royal Chariot having the Four Deities on board was pulled in Shri Aurobindo Marg till 2.5 K.M. to Ansari Nagar and then taken back to temple premises in the evening. The devotees gathered both sides of the Road to have a holy Darshan of the Lord of the Universe. Then the Deities remained on the chariot for public viewing till night. At about 10.00 p.m. in the night all the four deities were taken to the makeshift aunt house at the basement of the temple. 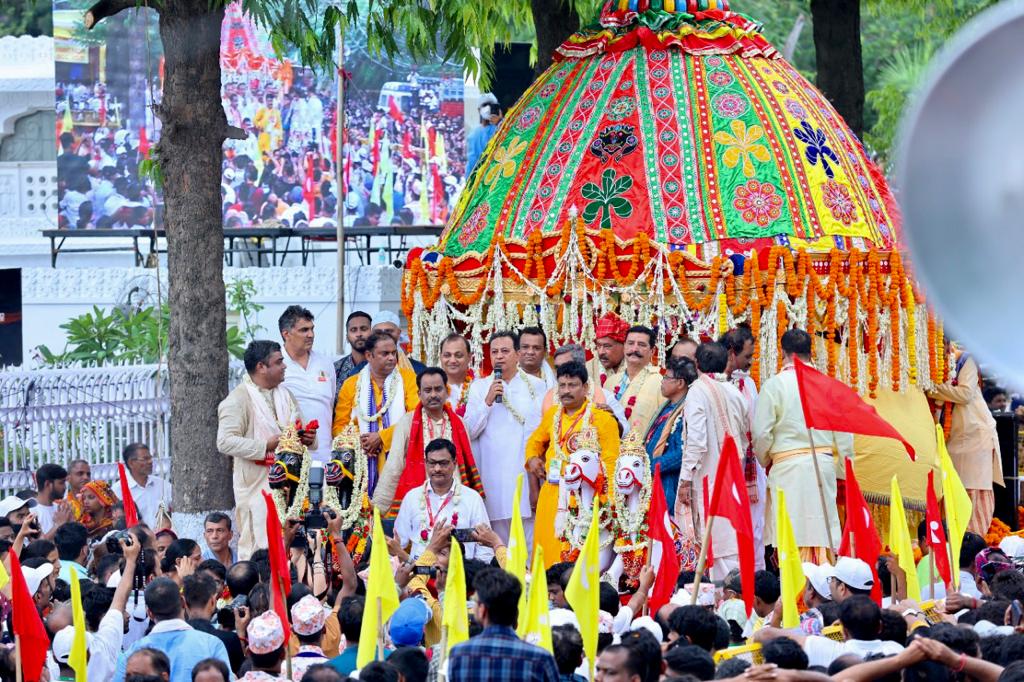 The distinguished Guests attended the Festival include Vice – Chairman of NDMC Satish Upadhyay and M.L.A. Somnath Bharati. Laxmi Narayan Bebarta and Dr. Sarojini Pani did the Live narration of the Mega Event. 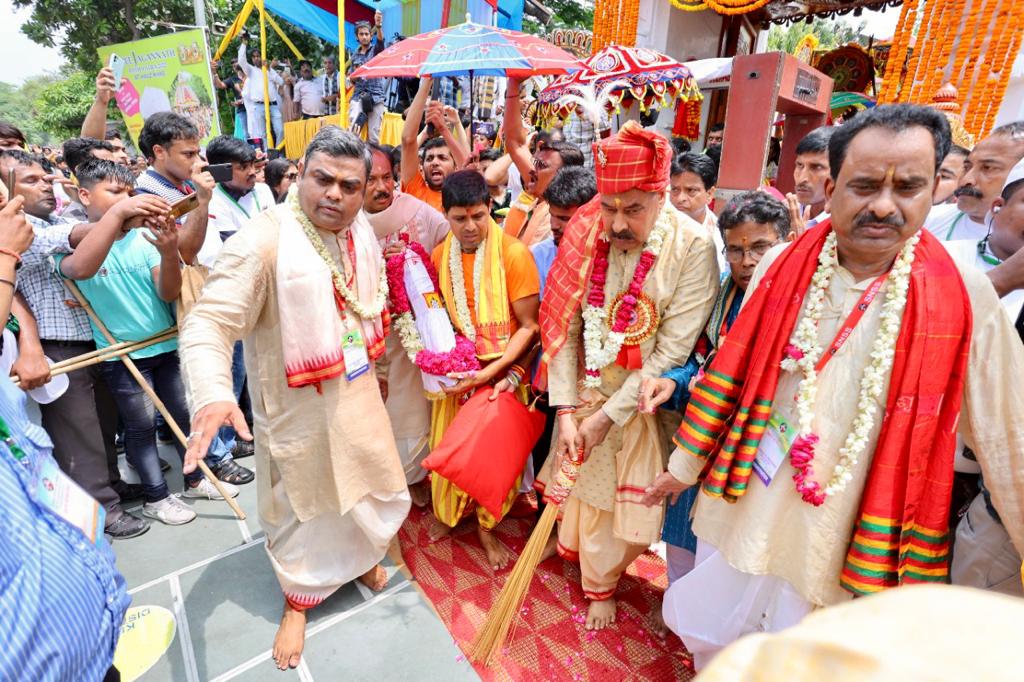