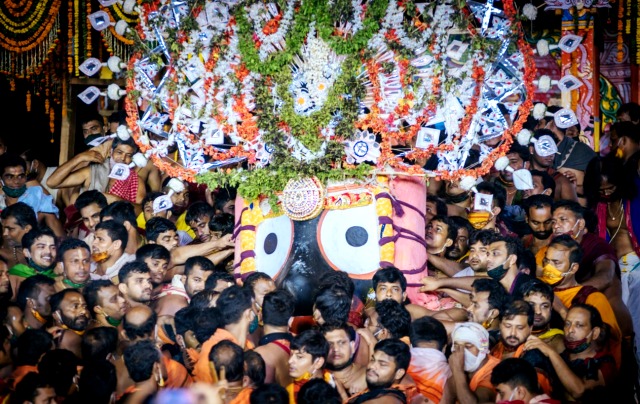 TNI Bureau: Ratha Jatra, the annual Chariot festival of Lord Balabhadra, Devi Subhadra and Lord Jagannatha concluded as the deities entered into the Srimandir in ‘Goti Pahandi’ during the Niladri Bije ritual (return of the deities from the Rathas to the Ratna Simhasan). 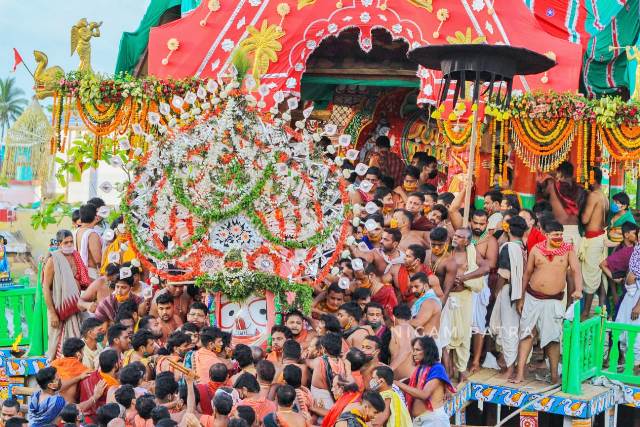 After Lord Sudarshan, Lord Balabhadra have taken inside the sanctum sanctroum followed by Goddess Subhadra and Lord Jagannath in ‘Goti Pahandi’.

As per the ritual, Lord Jagannatha offered rasagola to Goddess Lakshmi to enter into the temple. That is why Rasgulla Dibas is observed in Odisha. 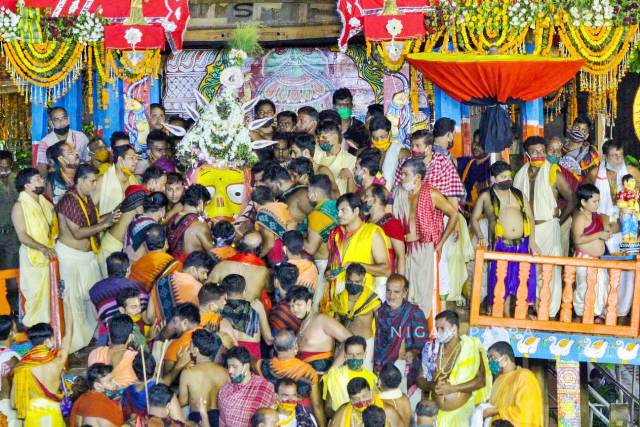 Amid the deadly novel coronavirus pandemic, Ratha Jatra was organised with a restricted number of servitors this year to avoid the outbreak or virus infection.