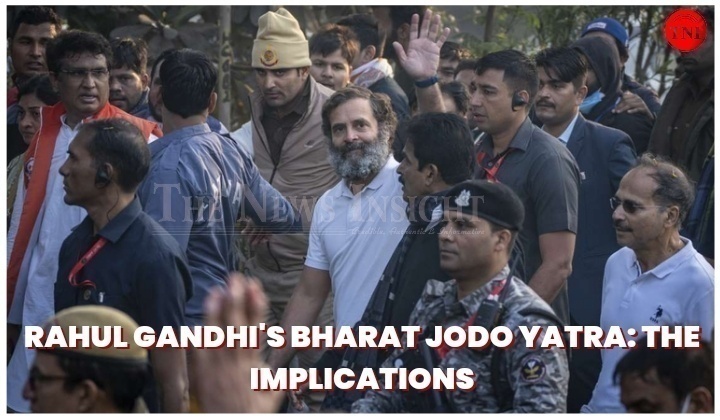 The Indian National Congress launched the Bharat Jodo Yatra, an ongoing mass movement. Rahul Gandhi, the Congress leader, is orchestrating the movement by mobilizing the party cadre and general public to walk 3,570 kilometers over 150 days from Kanyakumari, the peninsula’s southern tip, to the union territory of Jammu and Kashmir.

The motive behind the Padyatra

On September 7, 2022, Gandhi and Tamil Nadu chief minister M. K. Stalin launched a campaign to combat the politics of “fear, bigotry, and prejudice,” as well as the economics of livelihood destruction, rising unemployment, and growing inequalities.

A large number of celebrities joined the Yatra

The Congress’s Bharat Jodo Yatra, led by Rahul Gandhi, will cover approximately 23 kilometers in Delhi, beginning at the Badarpur border where it enters the city from Haryana and ending at Red Fort, with a two-hour break at Ashram in the afternoon.

It will pass through Nizamuddin, India Gate, the International Trade Centre, Delhi Gate, and Daryaganj.

After passing through Delhi for a day, the yatra will rest for about nine days before resuming on January 3.

As the yatra approached the city, traffic in southeast Delhi was disrupted. On December 23, the Delhi traffic police issued a warning to commuters about the routes that the yatra was expected to affect.

Don’t Leave Your Child Unattended: A Doctor’s Request to Parents