Questioning the Army defies the objective of Nation First 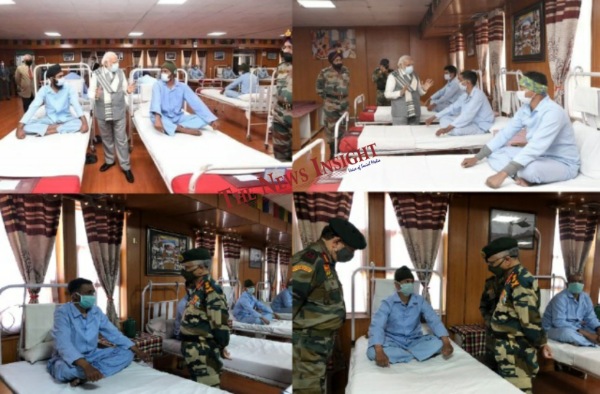 TNI Bureau: PM Narendra Modi was neither the first Prime Minister to visit the Army Jawans on Border nor would he become the last one to do so. Modi’s will come and go. But, the Nation will stand tall. Leaders will be recognised, appreciated and criticised on the basis of their work. However, the questions raised by the Critics will be debated and discussed for years to come.

It’s a separate question whether PM Modi should have visited the LAC in Galwan Valley or just Nimo (far away from the standoff point). It’s the PM’s prerogative which place he visits depending on the circumstances. Yes, he met the Armed Forces, including the recuperating jawans of Galwan Valley clash and sought to motivate and inspire them. He sought to send a strong message to China and boost the morale of the jawans. Other factors remain inconsequential here.

A few questions have been raised by the critics here.

1. Whether the Army Hospital was Fake?
2. Whether Fake People were planted for the PR Event?
3. It was not a Hospital, but a Conference Hall.
4. Why there were no medicine table, drips, oxygen cylinders etc.?

While raising such questions, people forget how they are insulting our Heroes due to pure political reasons. The same facility was visited by the Army Chief on June 23. So, there is a little doubt that our jawans are being treated there since the Galwan Valley clashes took place. It underlines the fact that the Facility was not set up just for PM Modi’s visit.

Modi replaces Nitish as the ‘Poster Boy’ in…

It’s really painful to see the Army clarifying that the Training Audio Video Hall was converted into an isolation ward and is very much a part of the General Hospital in Leh, after the critics went to the extent of calling it the Conference Hall of a Hotel.

When Indian Army revealed the number of injured in the Galwan Valley clash, it also informed that majority of the injured would join within 7-10 days while others may take 15-20 days to recover completely. While some Jawans indeed joined duty, others are still recuperating and will be discharged soon. They don’t require bandage, oxygen cylinders or drips now. Don’t they deserve some rest post-recovery?

Calling the Army Jawans and the Hospital facility “fake” is a dangerous phenomenon. We may not trust the politicians, but do we seriously believe that our Army Jawans can fake their injuries and stage a drama to satisfy the political ambitions of any leader?

The Army has taken strong exceptions to the criticism and aspersions being cast on the treatment of jawans, terming it “very unfortunate”.

Leaders will come and go; power centre will keep changing. But, history will remember that some of us did not even spare our injured soldiers. They had to fight the hostile and unpredictable Chinese on LAC, and then got subjected to taunts by our own people while recuperating.