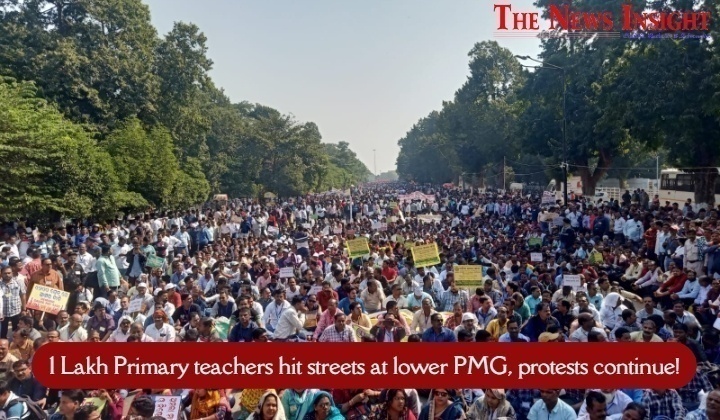 TNI Bureau: The three-day-long agitation by United Primary Teachers Association, came to a temporary end, as the Teachers put their strike on HOLD till December 20 following talks with the Government.

The Committee will meet the United Primary Teachers Association representatives between 16th and 20th December to discuss their demands including regularisation of jobs, salary hike and pension system.

The agitating teachers have threatened to go on mass leave if their demands are not fulfilled by December 20. That may result in the closure of around 54,000 schools across the state.