He last week indicated his second innings in politics, however, didn't announce his party. 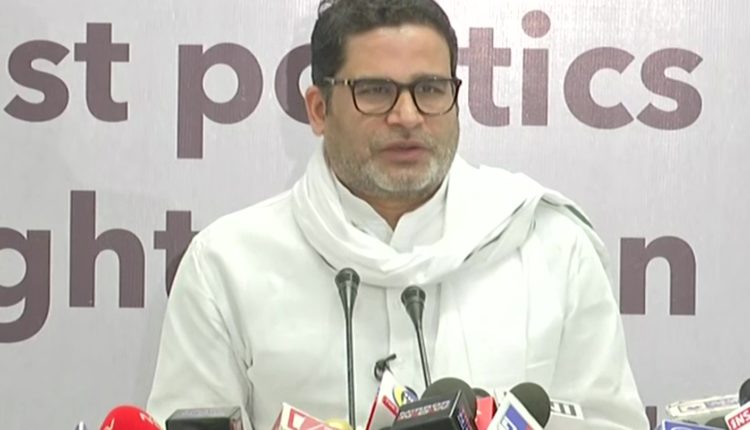 Insight Bureau: Prashant Kishor on Thursday announced he will embark on a 3,000-km pan-Bihar ‘Padyatra’ from October 2, Gandhi Jayanti, in order to understand the pulse of the people of the state. He last week indicated his second innings in politics, however, didn’t announce his party.

“I don’t have a party, I don’t have a platform, all I have is a thought, I am dedicating myself completely to the development of Bihar,” Kishor said at a press conference.

“What is more important is to reach the people of Bihar, to reach every nook and corner of the state, to tell people about the concept of ‘jan suraaj’, to take their view point, to know their problems and aspirations — for that, from October 2, I will embark on a 3,000 km pan-Bihar ‘padyatra’ from West Champaran’s Gandhi Ashram,” he said.

“In the next eight months to one year, I will try to meet as many people of Bihar as possible. We will knock at their doors, will reach their offices and will try to connect with them. We will take their feedback and include it in our programme,” he added.

Prashant Kishor, the politics strategist who had helped BJP attain power at the Centre and Mamata Banerjee retain West Bengal, was recently in discussion with the Congress on an elaborate revival plan. According to reports, he suggested bolstering the party’s internal democracy, appointing a non-Gandhi party president and considering contesting 400 out of 543 Lok Sabha seats. He was also mulling to join the party.

However, he later refused to join a committee formed by the Congress top brass to mull over his suggestions.

“I declined the generous offer of the Congress to join the party as part of the EAG and take responsibility for the elections. In my humble opinion, more than me, the party needs leadership and collective will to fix the deep-rooted structural problems through transformational reforms,” he tweeted.

“Congress needs to decide how they want to function further, not me. They took whatever decision they deemed important and so did I. Congress doesn’t need any Prashant Kishor, the party has even more capable people. They know what they have to d,” a news agency reported.

Notably, His announcement on Bihar last week was downplayed by JDU, BJP and RJD.