Prashant Bhushan let off with Re 1 Fine 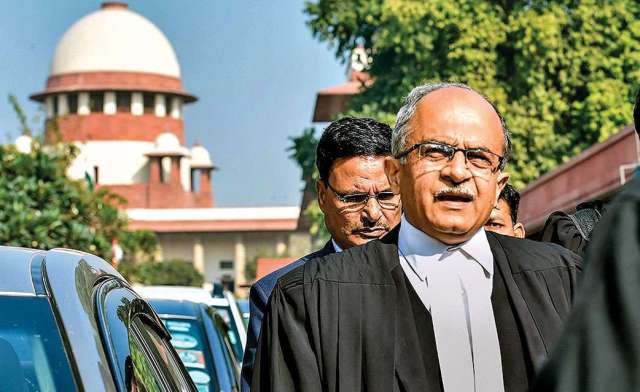 TNI Bureau:  Eminent Lawyer and Activist Prashant Bhushan was let off by the Supreme Court in the contempt of court case with just a Re 1 fine. The penalty was imposed after Bhushan refused to apologise for his tweets against the Supreme Court CJI and his Predecessors.

While imposing the symbolic penalty, the apex court also made it clear that if Bhushan does not deposit the fine by September 15, he will be imprisoned for 3 months and may be barred from practice for 3 years.

The Supreme Court on August 14 had held Prashant Bhushan guilty of criminal contempt for his two derogatory tweets against the judiciary. Attorney General K K Venugopal as well as Senior Advocate Rajeev Dhavan had urged leniency towards Prashant Bhushan in this case.