after several incidents of violence were reported across the state on Friday, police detained hundreds of PFI employees as a precaution. 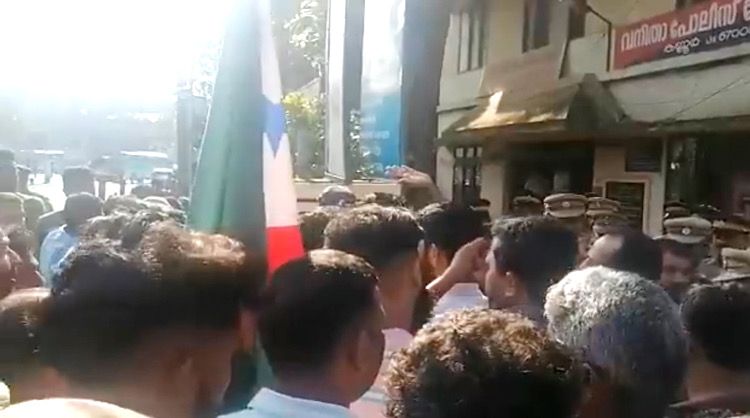 TNI  Bureau: After “taking note of the illegal call for hartal” made by the outfit, a division bench of the Kerala High Court initiated Suo motu contempt of court proceedings against the Popular Front of India (PFI) and its state general secretary A Abdul Sathar on Friday.

The PFI and its general secretary’s action in calling the flash hartal without following the procedure outlined in “our earlier order of 2019, prima facie amounts to contempt of the directions of this court,” according to the bench. Meanwhile, after several incidents of violence were reported across the state on Friday, police detained hundreds of PFI employees as a precaution.

The bench of Justices A K Jayasankaran Nambiar and Mohammed Nias C P directed that those who violated the 2019 high court order prohibiting flash hartal face severe punishment. The court also requested a report from the state government and scheduled a hearing for September 29. The court asked the media on Friday to make sure that whenever such flash hartal are called, the public is made aware that the call is in violation of the court’s order.

“This, in our opinion, would suffice to a large extent in assuaging the general public’s concerns about the legality of the call for hartal and also dissuade providers of public utility services from responding to such calls for illegal hartals in the future,” the court said.

At Erattupetta in Kottayam, which is a stronghold of the PFI, around 100 persons were taken into custody. Similar steps were initiated in Kozhikode, Malappuram and other districts, where PFI men unleashed vandalism in public places. Offices in the state reported thin attendance and most educational institutions remained closed. Universities have postponed the exams slated for Friday. In most parts of the state, shops and establishments remained closed.